Get the app Get the app
Already a member? Please login below for an enhanced experience. Not a member? Join today
News & Media Training Tip: Monitoring mountain obscuration

A pilot in Kalispell, Montana, is reviewing weather for a 128-nautical-mile VFR flight to an airport in eastern Washington state. The synopsis given in the latest area forecast is encouraging, with a ridge of high pressure expected to dominate through the forecast period, and light winds expected across the region.

The destination, Spokane’s Felts Field—to be site of the fourth 2014 AOPA Regional Fly-In on Aug. 16—is reporting clear skies and 10 miles visibility, with light winds from the east. The terminal forecast for nearby Spokane International Airport is calling for scattered clouds at 12,000 feet at the estimated time of arrival.

An upbeat briefing so far—but what kind of conditions can be expected over the high, hilly terrain along the route? Is it possible that some of the higher terrain could be obscured? Note that the minimum en route altitude for IFR operations along much of Victor 448, the Victor airway that basically parallels your VFR route, is 13,000 feet (or 10,000 feet for RNAV-equipped aircraft.

Don’t gloss over this important aspect of flight planning before taking on any mountainous-area route. Whether you will cross numerous ridgelines, or climb to altitudes close to your aircraft’s limits, mountain obscuration is a potential hazard for VFR operations.

"The area forecast covers VFR clouds and weather, so the precautionary statement warns that Airmet Sierra should be referenced for IFR conditions and mountain obscuration," explains Chapter 12 of the Pilot’s Handbook of Aeronautical Knowledge.

Airmets warn of conditions that may be hazardous to light aircraft and VFR pilots (except convective activity). Checking Airmet Sierra, the pilot finds this information for the proposed flight to Felts Field: "NO SGFNT IFR EXP OUTSIDE OF CNVTV ACT."

It’s a positive weather picture that's emerging—but keep tabs on conditions as you proceed. And when updating your information, pay special attention to any changes to Airmet Sierra. 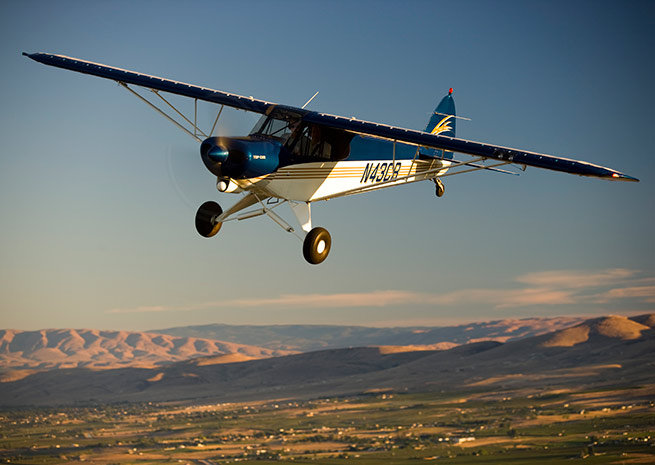