Get the app Get the app
Already a member? Please login below for an enhanced experience. Not a member? Join today
News & Media Light sport industry celebrates 10 years, looks ahead

he light sport industry, which reached 10 years in July, is going to continue to be a source of innovation in aviation for the next 10 years, Light Aircraft Manufacturers Association (LAMA) President Dan Johnson said July 29 at EAA AirVenture in Oshkosh, Wisconsin.

The industry has grown to 136 models and 90-plus manufacturers worldwide, Johnson said. He said that while it is difficult to get an accurate count of the exact number of light sport aircraft, the FAA has 2,587 airplanes on the registry that fall in the light sport category. However, Johnson noted that the number does not include powered parachutes, motor gliders, or weight-shift-control aircraft.

“I think LSA is doing quite well,” he said, emphasizing that the industry is spreading worldwide. With that, a LAMA Europe organization has started, and a LAMA China is in the works, he said.

Johnson outlined five key areas that the industry should work on during the next 10 years. He said the industry should work with the FAA to change the LSA regulations to allow commercial use of the aircraft, allow gyroplanes to qualify as SLSAs, support electric power options, allow better training in ELSA (experimental LSAs), and improve the FAA’s guidance to its field offices regarding letters of deviation authority. 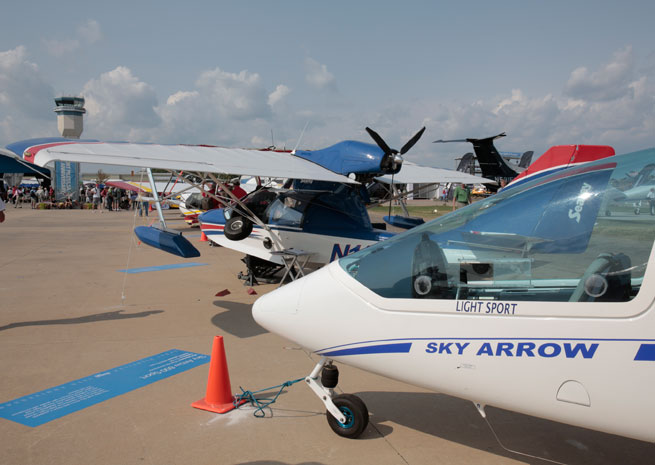