Get the app Get the app
Already a member? Please login below for an enhanced experience. Not a member? Join today
News & Media Medical reform moves forward 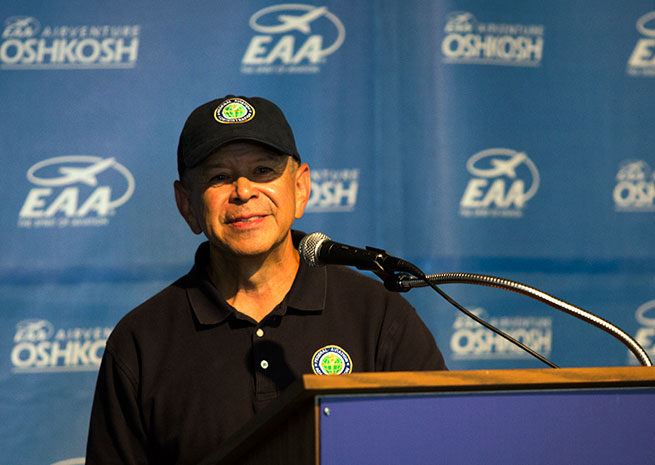 The FAA has sent a proposal to reform the third class medical certification process to the Department of Transportation for review, FAA Administrator Michael Huerta announced July 31 at EAA AirVenture in Oshkosh, Wisconsin.

Huerta would not discuss details of the proposed rule, but said the FAA has heard the general aviation community “loud and clear” on the need for reform. The proposed rulemaking must be vetted by both the Department of Transportation and the White House Office of Management and Budget before it can be opened for public comment sometime in the fall.

“The easy thing would be for us to say ‘no,’ but the objective is to get to ‘yes,’” Huerta said.

He added that the joint AOPA-EAA petition for medical reform, which was filed more than two years ago and launched the movement for change, is on hold so the agency can focus on quickly moving through the rulemaking process.

“We’re pleased that the rulemaking is going forward, but the move toward reform has been far too slow,” said AOPA President Mark Baker. “We have 10 years of data proving that pilots can fly safely without going through the costly and time-consuming process of getting a third class medical certificate. AOPA will continue working closely with Congress to keep up the pressure and get this done. This issue is too important to our members and the entire aviation community to let it get bogged down in bureaucracy.”

When the FAA allowed the AOPA-EAA petition to languish, AOPA turned to friends in Congress for help, and on Dec. 11, 2013, Rep. Todd Rokita (R-Ind.), a member of the House General Aviation Caucus, and GA Caucus Co-Chair Sam Graves (R-Mo.) introduced the General Aviation Pilot Protection Act. Sens. John Boozman (R-Ark.), Jerry Moran (R-Kan.), and Pat Roberts (R-Kan.) sponsored an identical bill in the Senate. The General Aviation Pilot Protection Act now has 129 co-sponsors in the House and 17 in the Senate. Thousands of AOPA members have contacted their congressional representatives in Washington, D.C., and signed an AOPA traveling petition in support of third class medical reform. The traveling petition has been available at AOPA Fly-Ins and at EAA AirVenture.

During his remarks Thursday, Huerta also briefly discussed other reform efforts, including streamlining the approval process for angle-of-attack indicators to make them easier and less expensive to install, and changes underway for pilot certification and testing standards. AOPA has been leading a multi-year joint FAA-industry effort to create integrated airman certification standards that, once implemented, will improve safety and result in more relevant and meaningful written and practical testing.

Huerta also discussed the ongoing “Got WX?” campaign designed to reduce weather-related GA accidents. The AOPA Foundation is among the organizations partnering with the FAA to produce the educational program.