Get the app Get the app
AOPA Members DO more LEARN more SAVE more - Get MORE out of being a pilot - CLICK HERE
News & Media P&E Avionics: In touch with the newest Garmin displays

P&E Avionics: In touch with the newest Garmin displays

With hundreds of thousands shipped, the Garmin GNS 430/530 and their later WAAS-enabled versions dominate general aviation panels. The combined IFR WAAS GPS, moving map, and combination VHF nav/com became the backbone of many panels starting in the late 1990s, giving many pilots their first experience with a moving map—and one that in many ways also is a multifunction display. In addition to the now ubiquitous magenta line, the moving map can also display weather and traffic information from a variety of sources, and terrain.

But fast forward 15 years, and a lot has happened from a processor and display standpoint. Fully leveraging those changes, Garmin introduced the replacement models, the GTN 750 and the smaller 650 in 2011. Each has a screen larger than its older counterpart—and of much higher resolution. Garmin has discontinued the Garmin GNS 530W and will soon do the same for the 430W.

During a recent panel upgrade, I moved my still-capable 530W to the number two spot and installed a GTN 750 in the number one spot. The two communicate, so I can enter a flight plan through the GTN 750’s touch screen and have it populate the 530W as well. The 750 does everything the 530 does and then some. Most noticeable are the larger screen size, 6.9 inches diagonal—up from the 530’s 5 inches—and the higher resolution. With 600 X 708 pixels and full color available, the 750’s screen runs circles around the 530’s 320 X 324 pixel display with only eight colors available.

The GTN puts all that capability to work displaying high-resolution color terrain that greatly increases situational awareness. Nexrad images, whether from a satellite provider or ADS-B, also look much crisper. New processor horsepower makes the transition around the terrain and weather smooth and realistic.

When first introduced, the new products created controversy in the pilot community over the touch screens. Pilots feared turbulence would make data entry difficult or that gloves would be a problem. However, neither has turned out to be much of an issue. Raised bezels along the sides provide an anchor for your hand while entering data and the screens are compatible with many types of gloves. For those who prefer the concentric knob solution, there is one—just one—on the lower right. But even those who prefer a knob for entering frequencies, for example, will quickly appreciate the ability to swipe left or right on the map to see information nearby, scroll up or down with the slide of a finger, or to touch a navaid or airport or airspace to obtain more information. It’s much faster and more accurate than using a mouse pointer maneuvered by concentric knobs.

I’ve flown in moderate turbulence and found data entry not to be a problem. Grip the bezel and tap away.

A Home page, accessed by one of only two buttons on the bezel (the other is Direct To), uses icons for quick access to various subsystems. Garmin’s goal was that no function was more than two taps away from the home page, and it works. If you do get lost, hold the Home button for a couple of seconds to return to the map page.

The all-new graphical flight plan entry system is a welcome improvement over the older models, which proved not to be very intuitive. Most notable, the GTNs allow flight planning via airways. Upon entering a waypoint, touching the waypoint in the list again brings up a menu for additional options, including entering an airway. Touch that to reveal a list of airways that intersect that waypoint. Choose the one you want and the next option is to choose the airway exit point. Scroll down to the correct one by sliding your finger up or down, or using the Up or Down soft keys on the screen. Pick the exit point and then choose Load to enter the airway and all of its associated waypoints into the overall list. Editing a flight plan is quick and easy, with the ability to touch and delete a point, or use a menu for entering a new point before or after any point. Direct to is accessed by touching a waypoint, hitting the Direct To hard button, and touching the Activate softkey.

Similarly, any instrument procedure—arrivals, departures, approaches—is easily previewed and entered into the flight plan. Garmin’s advice is to use the most logical transition to an approach from your direction of flight rather than Vectors to Final when loading a procedure. If ATC later begins vectoring you, you can always go back and choose VTF when activating the approach. But if you are instructed to fly the complete approach and have entered VTF as the transition, you will be required to reload the approach to fly it from an initial approach fix.

Prices vary considerably depending on configuration and complexity of the installation, but numerous Garmin dealers were recently advertising GTN 750 prices between $14,600 and $18,000, some including installation at that price. That’s about what the GNS 530W sold for in recent years. To help customers get the most out of the systems, Garmin hosts at its Kansas headquarters occasional two-and-a-half-day courses throughout the year that feature the G500/600 primary and multifunction displays as well as the GTN series. While most of the information discussed is available in the manuals, the courses focus on real-world flying techniques and benefit from the questions of others. The courses cost $595, including meals. 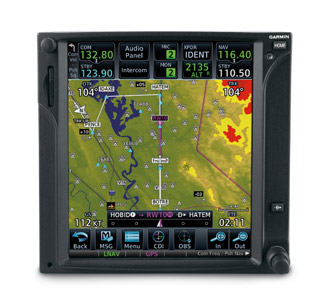 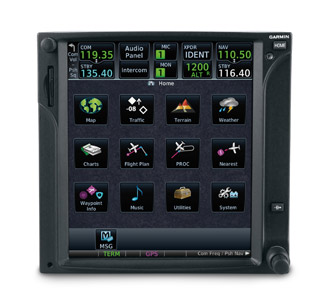