“We are renaming the DA52 to improve differentiation from our DA42 series that continues indefinitely in parallel production,” said Dries in a media release. “The DA62 series is designed with significant growth potential and continues the upward expansion of Diamond’s piston aircraft offerings. It will compete well with conventional 6 seat single and twin engine piston aircraft and offers a great step-up alternative to owners of high performance 4 and 5 seat singles seeking more space and capability without sacrificing operating economics.”

The airplane will be offered with optional configurations, including up to seven seats and several maximum takeoff weight versions of up to 2,300 kg, the company said. Diamond has not yet released pricing or availability of the new aircraft. While Diamond has not released detailed data on the DA62, AOPA reported in April 2012 that the DA52 posted a gear-up initial climb rate of 1,700 fpm on its maiden flight. That aircraft cruised at 190 KTAS, according to the company announcement, and had two Austro Engine AE300E 180-horsepower turbodiesel engines. 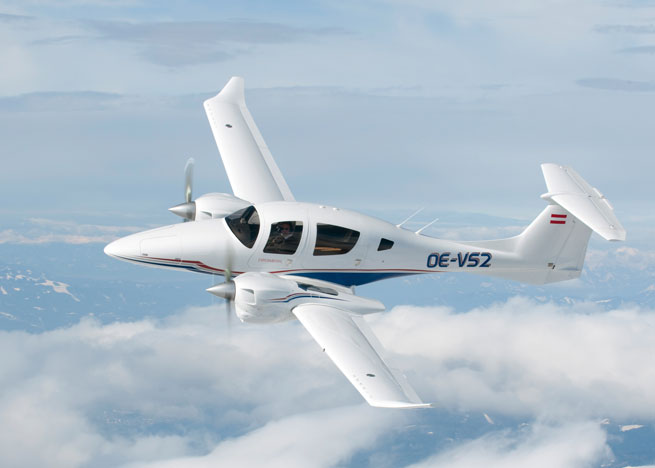