Get the app Get the app
Already a member? Please login below for an enhanced experience. Not a member? Join today
News & Media Inflatable flying saucer preps for test flight over Hawaii 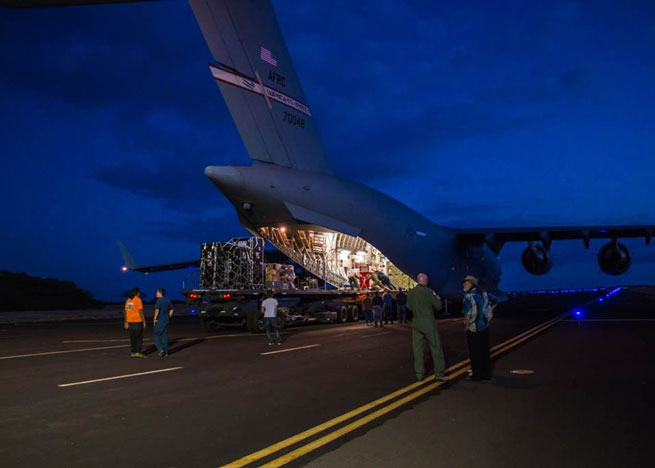 A NASA team is preparing to launch a rocket-powered, saucer-shaped test vehicle into near-space from a Navy facility in Hawaii to evaluate a technology that could help pave the way for human exploration of Mars.

Future manned missions to Mars may expect to enter the red planet’s atmosphere at supersonic speeds, carrying payloads of 20 to 40 tons. The parachute that delivered the one-ton Curiosity rover payload to Mars in 2012 can’t provide enough drag to slow such an enormous payload in the planet’s thin atmosphere, so NASA's Low-Density Supersonic Decelerator (LDSD) project is testing a method of slowing the descent with an inflatable decelerator before deploying a giant parachute. While the first two potential launches were scratched because of weather, other possible launch dates include June 7, 9, 11, and 14.

According to NASA, the saucer-shaped test vehicle borrows a technique used by the Hawaiian pufferfish—rapid inflation—to increase size without adding mass. One device to be tested, a Supersonic Inflatable Aerodynamic Decelerator (SIAD), will expand from 4.7 to 6 meters in diameter to increase drag without weighing down the vehicle. NASA has been testing aspects of the devices using rocket sleds to reach high speeds, but the test from Hawaii will occur at altitude to simulate Mars’ thin atmosphere. The team plans to test a larger SIAD in 2015, which has additional engineering challenges. 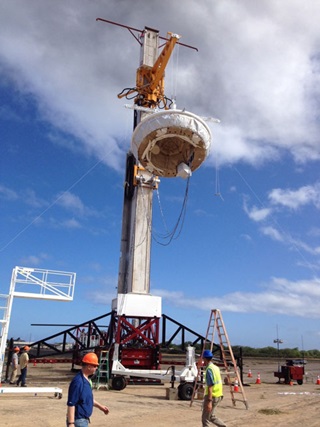 For the test, a 34-million-cubic-foot helium balloon will lift off from the U.S. Navy's Pacific Missile Range Facility in Kauai, Hawaii, carrying a test vehicle to 120,000 feet. From there, a booster rocket will carry it to 180,000 feet, accelerating to Mach 4. That’s when the outer ring of the saucer will inflate, increasing drag and helping it slow to Mach 2 so a parachute with more than twice the area of the parachute used to land Curiosity can deploy to slow the entry vehicle to subsonic speeds.

That’s if everything goes as planned. NASA staff emphasized in a media briefing June 2 that this will be a shakeout flight for data collection, and there’s no guarantee it will work as planned.

"If we fire that motor and we get data back from it, that is a great day," said Mark Adler, LDSD project manager at NASA’s Jet Propulsion Laboratory. 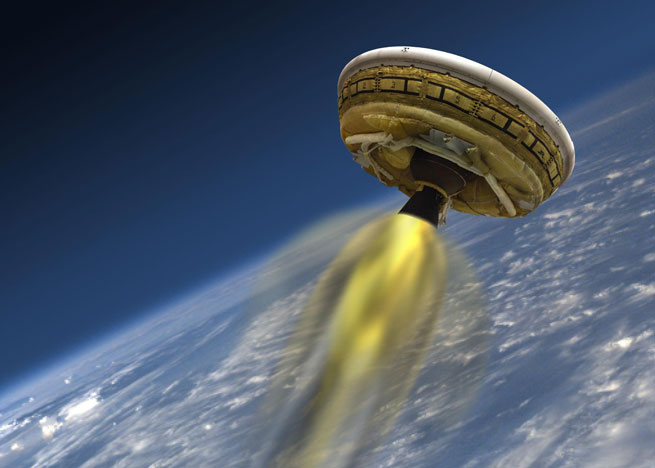