President Barack Obama is scheduled to visit the Palm Springs, Anaheim, and Laguna Beach areas of Southern California June 13 through 16. The FAA has issued three notams in advance that will establish multiple temporary flight restrictions in the area and restrict general aviation access to the airspace and dozens of airports.

A 30-nautical-mile-radius TFR will be in effect over Palm Springs from 5:30 p.m. local on June 13 until 8:30 a.m. local on June 14, and again from 1:45 p.m. local on June 14 until 10:30 a.m. local June 16. It is centered on the Palm Springs VOR’s 182-degree radial at 5.6 nautical miles and extends from the surface up to, but not including, 18,000 feet msl. The TFR also will have an inner 11-nm GA no-fly zone (slightly larger than the typical no-fly zones). Certain operations are permitted within the airspace between the no-fly zone and outer ring of the TFR, but pilots must be on an active IFR or VFR flight plan, squawk a discrete transponder code assigned by ATC, and maintain two-way radio contact with ATC.

To help alleviate the constraints on GA operations at Palm Springs International during part of the president's visit, the FAA and TSA have designated California’s Ontario International Airport as a gateway airport. Pilots who land at the airport can be screened by the TSA to receive permission to fly into Palm Springs. Pilots must register for a screening at least 24 hours in advance of their scheduled departure time. For details on when the gateway airport procedures will be in effect, to find out when the TSA will be offering screenings, and to schedule a screening, review the notams.

“Pilots in Southern California need to be extra vigilant and check notams before every flight,” said Tom Zecha, AOPA manager of security. “The FAA, Secret Service, and TSA have recognized the negative impact TFRs of longer duration have on general aviation and created gateway operations at Palm Springs. AOPA has advocated on pilots behalf for gateway procedures for years. All pilots must follow the procedures for the TFR and gateway airport so that we do not threaten the progress that’s been made.” 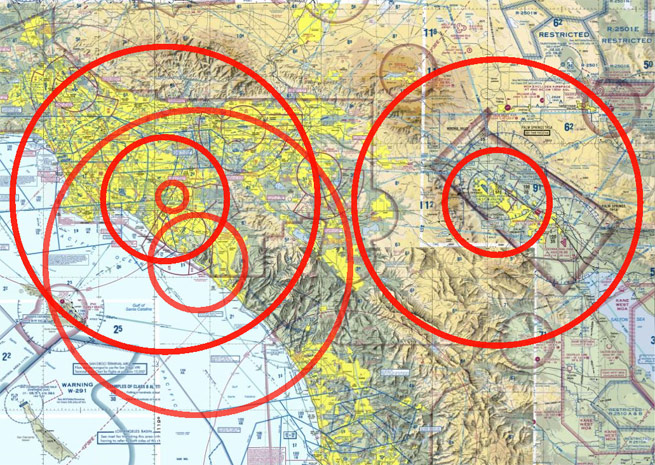