Get the app Get the app
Already a member? Please login below for an enhanced experience. Not a member? Join today
News & Media AOPA celebrates 75 years at Wings Field

Association returns to its home 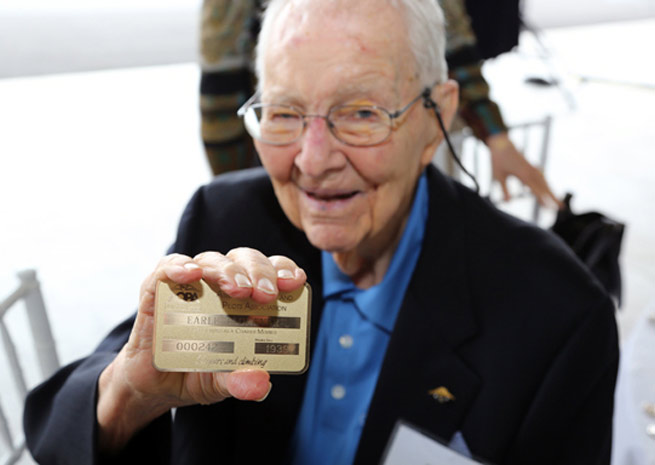 A small group of guests of Fly Advanced, the FBO and flight school at Wings Field near Philadelphia, celebrated AOPA’s seventy-fifth anniversary on June 11. The FBO hosted the three living current and past presidents of AOPA, an AOPA board member, and a handful of AOPA members from the region at the field where five local pilots signed the incorporation papers for the fledging association, which has grown to be the largest aviation organization in the world.

Former presidents Phil Boyer and Craig Fuller joined current president Mark Baker in a hangar just a few yards away from the farm house where John Story Smith, Abby Wolf, C. Townsend Ludington, and brothers Laurence and Philip Sharples met on May 15, 1939, to form the association. 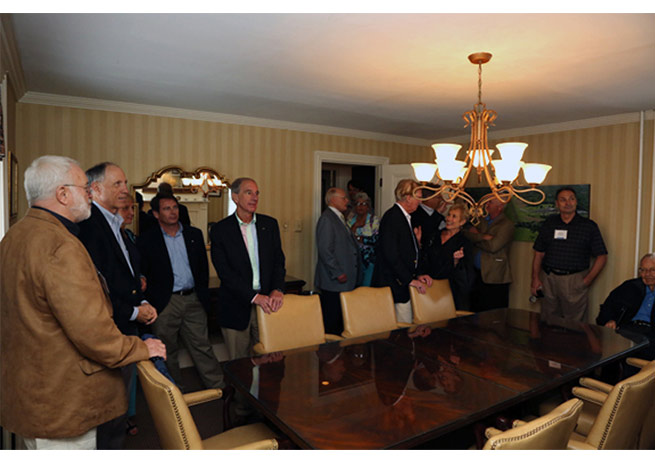 AOPA brought in from Atlanta a special guest, Earle Blomeyer, a charter member. Blomeyer, 98, and his wife Stephanie were the talk of the event, as he regaled the group with tales of learning to fly in the upper Midwest in the 1930s, soloing in 8 hours, and getting his private pilot certificate in 20 hours. Another pilot he knew had just passed through Wings Field in 1939 and heard about the forming of the new association. He urged Blomeyer to join, so he did, becoming member number 242. He attended AOPA’s fiftieth anniversary events in Orlando, Fla., in 1989, learning only then that his member number of less than 250 categorized him as a charter member.

While he never owned an airplane, he frequently rented and borrowed airplanes from friends, flying many open-cockpit airplanes, Fleets, Aeroncas, and soloing in a Piper Cub. He declared the Beech Staggerwing his favorite—and most beautiful airplane. When asked the most significant development in aviation in his years as a pilot, he declared, “Why, the jet engine, of course. What else could it be?”

According to AOPA records, Blomeyer is the only living charter member with a number below 250. AOPA membership staff estimates he has spent nearly $2,000 in membership dues during his 75 years as a member, well more than the cost of Life Membership, which for a limited time costs $750. In honor of his distinction, AOPA has made Blomeyer an honorary Life Member. Baker also presented him with a charter member shirt and jacket at the event.

AOPA board member and former chairman Paul C. Heintz read a statement from current board chairman Bill Trimble, who could not attend. The statement reflected on the importance of Wings Field as the birth place of AOPA. Heintz has flown out of Wings for more than 40 years and is one of the founders of Wings Field Preservation Associates, Limited Partnership, which owns Wings Field. The LLP hires the FBO to operate the field on a daily basis. Also located on the field is the Philadelphia Aviation Country Club, with the original farm house as the club house. The airport is built on what was known as Twin Springs Farm, purchased by John Story Smith in 1929, with three crossing grass runways marked out in 1930.

For more on the history of AOPA, see the May 2014 AOPA Pilot special anniversary issue. 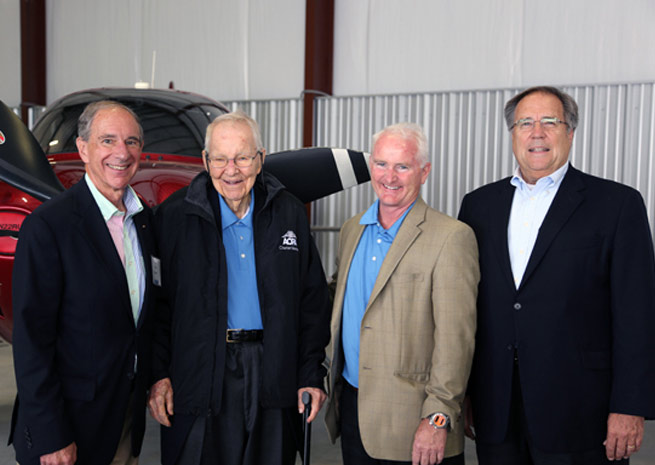 Editor in Chief
AOPA Editor in Chief Tom Haines joined AOPA in 1988. He owns and flies a Beechcraft A36 Bonanza. Since soloing at 16 and earning a private pilot certificate at 17, he has flown more than 100 models of general aviation airplanes.
Go to Thomas B Haines's Profile
Topics: AOPA, Aviation Industry, Events