Vibration has bedeviled helicopters from the very start, the result of rotor aerodynamics that engineers have long sought to suppress.

Lord Corp., which manufactures a range of components for the aerospace and defense industries, worked with Sikorsky Aircraft  on a military contract to develop a hub-mounted vibration suppressor—essentially, spinning counterweights that are controlled by a computer and strategically placed within the main rotor hub. Aviation Week and Space Technology reported the results, including successful flight tests in a UH-60A Blackhawk helicopter, this month. 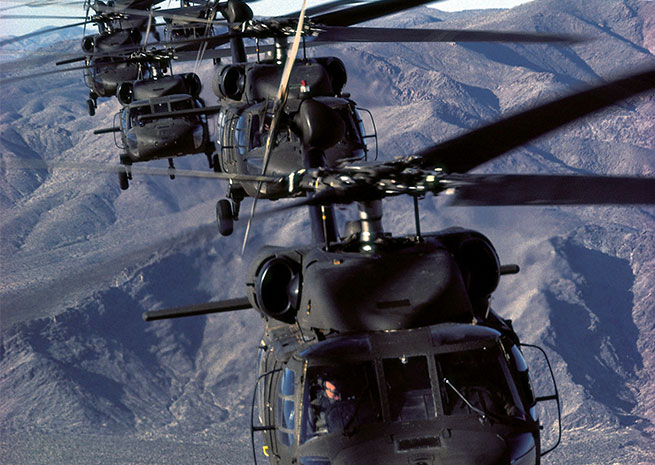 “We want to stop the gearbox moving so we create a choke point that stops vibration entering the airframe,” Sikorsky’s Bill Welsh told Aviation Week.

In addition to making for an uncomfortable ride, vibration from the main rotor (due to unstable aerodynamics when the helicopter is in motion) increases wear and tear and reduces the useful life of avionics and other components.

Previous innovations aimed at this same goal have managed to reduce vibration at certain frequencies, or at certain portions of the aircraft, but Lord and Sikorsky aim to prove the system is capable of smoothing things out throughout the airframe, and across the entire flight envelope. While some vibration will remain, it should be undetectable by the crew, Welsh told the magazine.

Lord, which also produces vibration-dampening engine mounts and related components for fixed-wing general aviation aircraft, has worked with major rotorcraft manufacturers across the industry on vibration control in recent years. In April, the company announced a two-year deal with Boeing to integrate a vibration control system in the C-47 Chinook that suppresses vibration transmitted to crew seats. Accelerometers tied to a computer that controls moving weights that exert counter-forces and suppress vibration at various locations in the airframe are also being integrated into AgustaWestland and Bell helicopters.