Get the app Get the app
AOPA will be closed July 4th, in observance of the Independence Day holiday. We will reopen at 8:30 am ET on Tuesday, July 5.
News & Media Airport upgrades needed in Washington

AOPA Northwest Regional Manager David Ulane has been actively engaged as Washington State Department of Transportation officials chart a course for airport improvements. The second phase of the Airport Investment Study launched in May, following an initial phase that identified $3.6 billion in needed upgrades to the state’s 134 public-use airports over the coming 20 years.

The May 28 meeting launched a “solutions phase,” aiming to identify funding sources required as the state prepares to increase its investment in airports. Ulane and fellow AOPA advocates will continue to monitor the developments closely, and work to educate decision makers on the importance of maintaining a safe and efficient aviation system that serves all state residents, while being fair and equitable to all users. Members can follow the progress of those efforts online, with future stories to be posted on the Northwest Mountain Region advocacy page. 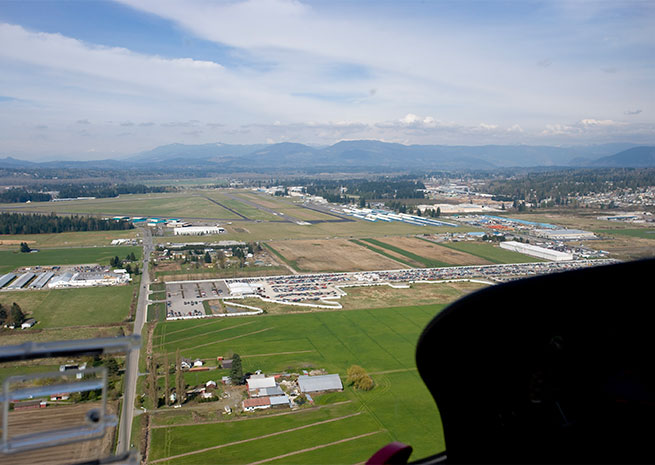 AOPA has noted that not all of the state revenue currently collected from aviation activities in Washington is reinvested in aviation. AOPA hopes that the study could help ensure that future aviation revenues are reserved for aviation purposes, and that the state maintains a viable system to serve not only transportation needs, but the many other functions of general aviation as well—including job growth, emergency medical transportation, firefighting, farming, law enforcement, charitable activities, and much more.

“WSDOT Aviation has launched a very inclusive process to develop plans to address the state's future aviation needs and the challenge of funding them,” said Ulane. “AOPA will participate on behalf of the pilot community, along with other stakeholders, to ensure the needs of GA airports and users are included in the discussions.”

State grants in recent years have funded an average of $1.1 million in airport improvements annually. Needed improvements identified by the study so far would require an increase in state investment to $1.4 million a year to cover the state’s share.

AOPA is working with lawmakers as well as state officials, and Rep. Gael Tarleton, who represents the 36th District and is co-chair of the legislature’s Aviation Caucus, spoke at the May 28 advisory committee meeting about the importance of the effort now underway. Another advisory committee meeting is expected in November in Spokane, leading up to completion of the report in December.