Get the app Get the app
Already a member? Please login below for an enhanced experience. Not a member? Join today
News & Media FAA reasserts enforcement authority over model aircraft

Editor's note: This article was updated to include additional information from the UAS Action Summit in Grand Forks, N.D.

The FAA is warning model aircraft operators not to fly with first-person-view goggles or for hire in new guidance prompted by an uptick in reports of reckless model aircraft use.

Pilots’ reports of close encounters with unmanned aircraft have increased 300 percent since an NTSB judge’s ruling that many interpreted as a challenge to the FAA’s authority to regulate unmanned aircraft, Jim Williams, manager of the FAA Unmanned Aircraft Systems Integration Office, told attendees at the UAS Action Summit in Grand Forks, N.D., June 25. The guidance, released for comment June 23 along with a list of “dos and don’ts” for model aircraft use, lays out what qualifies as a model aircraft and requirements for operating one. 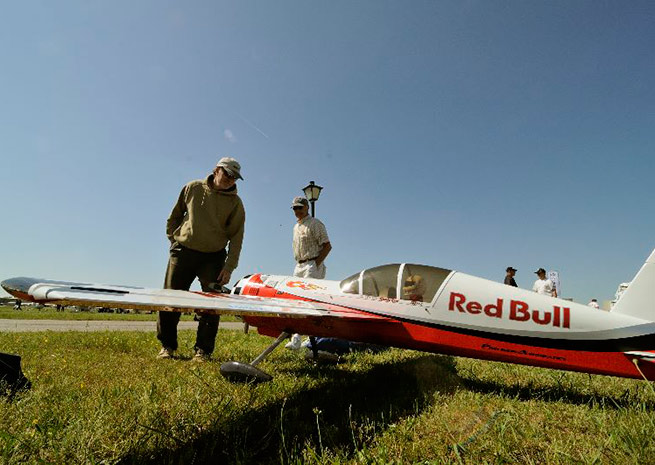 "We want people who fly model aircraft for recreation to enjoy their hobby—but to enjoy it safely," said Transportation Secretary Anthony Foxx. "At DOT, we often say that safety is a shared responsibility, so to help, we are providing additional information today to make sure model aircraft operators know exactly what’s expected of them."

What shouldn’t you do? Don’t “fly near manned aircraft,” “fly beyond line of sight of the operator,” “fly an aircraft weighing more than 55 lbs unless it's certified by an aeromodeling community-based organization,” “fly contrary to your aeromodeling community-based safety guidelines,” or “fly model aircraft for payment or commercial purposes,” the FAA said. Flying within line of site precludes “the use of vision-enhancing devices, such as binoculars, night vision goggles, powered vision magnifying devices, and goggles designed to provide a ‘first-person view’ from the model,” according to the interpretation.

“There’s a lot of folks that want to stretch that definition” of model aircraft, said Williams. However, the FAA’s interpretation of the reauthorization law draws a crisp line between commercial and hobby use. It lists examples of activities that are not considered recreational, including “receiving money for demonstrating aerobatics with a model aircraft,” “a realtor using a model aircraft to photograph a property that he is trying to sell and using the photos in the property’s real estate listing,” “a person photographing a property or event and selling the photos to someone else,” “delivering packages to people for a fee,” and “determining whether crops need to be watered that are grown as part of commercial farming operation.”

The new statement of interpretation says the law "is clear that the FAA may take enforcement action against model aircraft operators who operate their aircraft in a manner that endangers the safety of the national airspace system."

"We have a mandate to protect the American people in the air and on the ground, and the public expects us to carry out that mission," said FAA Administrator Michael Huerta.

Model aircraft enthusiasts have long flown safely with guidance from a 1981 FAA advisory circular and the Academy of Model Aeronautics, but the proliferation of affordable off-the-shelf units has led to more widespread use—often without the training and support offered by an organization like the Academy of Model Aeronautics. Williams said the FAA is focused on education.

“Most people want to follow the rules,” he said. “… They just don’t understand. They don’t know what the rules are.”

Confusion over the rules for unmanned aircraft deepened this year after an NTSB appeals judge dismissed a $10,000 fine the FAA had levied on an operator for flying an unmanned aircraft for hire in 2011. The FAA appealed that decision, which stays the decision until the full board rules, and Williams underscored that the outcome of the case will not affect current operators; the special rules laid out in the 2012 FAA reauthorization now take precedence.

The FAA said it will follow up by working with its inspectors and model aircraft operators to distribute standard information to the public on the law’s requirements, and by working to help law enforcement agencies understand the rules. An agency Aviation Safety Hotline website will help the public learn how and when to contact the agency about unmanned aircraft operations.

A public comment period will be open for 30 days after publication of the notice; however, the rule takes immediate effect. Williams said he expects comments and criticism from the Academy of Model Aeronautics, and the agency may make changes based on industry input. Comments may be submitted online under Docket No. FAA-2014-0396.

AOPA has long urged the FAA to develop regulations to keep pace with advancements in unmanned aircraft technology and protect manned aircraft in the National Airspace System. The association has served on government-industry committees to develop recommendations for safe integration and joined 32 other organizations in April to call on the FAA to step up its efforts for safe integration of small UAS. The FAA expects to release proposed rulemaking on unmanned aircraft of 55 pounds or less for comment by the end of 2014.