Get the app Get the app
Already a member? Please login below for an enhanced experience. Not a member? Join today
News & Media Proficient Pilot: Those good old days

I sometimes feel sorry for younger pilots who read this column.

I sometimes feel sorry for younger pilots who read this column. Their loyalty to this page has required them to endure my repeated references to the good old days. But recalling a bygone era does little more than allow us older pilots to recall with nostalgia and sentimentality times that were not necessarily as wonderful as we would like to think they were. After all, it was not so wonderful getting lost every once in a while—or going deaf listening through lousy earphones and loud static to the endless stream of dit-dahs and dah-dits from four-course, low-frequency radio ranges. Nor was there anything so wonderful about having to wait for scheduled weather broadcasts to hear a report and not learning about the possibility of thunderstorms along your route of flight until you were surrounded by them.

It would have been so wonderful at times during those good old days to have had moving maps, real-time weather displays, satellite communications and navigation, and attitude information that was not reliant on vacuum pumps and electromechanical instrumentation.

In so many ways, then, are not these the better days? Yes and no.

During the years following World War II, there were numerous airports that were destinations unto themselves, places developed for the sole purpose of enticing wandering aviators to drop in from the sky. One such place and my all-time favorite was Palm Desert Airpark.

In 1946, a Los Angeles architect, Hank L. Gogerty, purchased a few hundred acres of desert about 10 miles southeast of Palm Springs, California. There he sculpted and groomed a pair of beautifully manicured grass runways shaped like a pair of emerald scissors. The longest was 3,000 feet long and occasionally used for polo.

Overnight accommodations at the airpark initially consisted of war-surplus barracks that Gogerty had trucked in from Beaumont, 40 miles to the west. In 1951, though, he heralded the opening of his Desert Air Hotel, a true oasis complete with individual cottages, a pool, a dining room, and a fabulous watering hole that attracted pilots from near and far. During its heyday, there could be as many as a hundred visiting airplanes parked at Palm Desert on holiday weekends. Many belonged to Hollywood celebrities, politicians, royalty, and other notables seeking escape.

My first of many flights to Palm Desert occurred when I was a 20-year-old college student. My date and I flew there from Santa Monica, California, in a rented Cessna 140, one in which I also worked as a part-time flight instructor. I parked our airplane next to the North American Navion owned by famed entertainer and ventriloquist, Edgar Bergen. His dummy, Charlie McCarthy, sat motionless in the right seat, as if guarding the aircraft. I have always regretted not having taken a photograph (on film!) of that delightful sight.

We stepped out of the taildragger and onto the cool grass in our bare feet, wearing bathing suits, sunglasses, and baseball caps. There were no gates, fences, or other security measures. We strolled 100 feet to our reserved poolside table where cold drinks and hors d’oeuvres were already waiting.

I had warned my companion before departing Santa Monica about the vagaries of desert weather and how it was possible that unexpected changes could require us to spend the night there. While sipping iced tea at the pool and dutifully cogitating the state of the sky, I debated whether the small, lone cumulus cloud floating overhead could be used as an excuse to force a departure delay until the next morning. I certainly would not have been the first male to engage in such subterfuge. But I could not bring myself to take advantage of my authority as pilot in command. There were two other reasons I could not do that. The first was that the little cloud dissipated rather quickly, and no others formed to replace it. The second was that I could not afford the cost of a room at Palm Desert. It was easy to be chivalrous.

At certain times of the year, large clusters of dates fell from palm trees on the far side of the runways. Visitors were encouraged to take home all they could pick up and carry. They also were cautioned not to overload their aircraft on hot days.

Like so many other airports, Palm Desert Airpark fell victim to escalating real-estate prices and was gobbled up by land developers in 1968. Today the property is occupied by the Rancho Las Palmas Resort.

There were many other such fly-in destinations that no longer exist, and the sad reality is that virtually no other airports were developed to replace them. The same is true of almost every airport forced to close for whatever reason. There used to be so many more places from which pilots could reach for the sky. Every time an airport closes, those good old days look better and better. 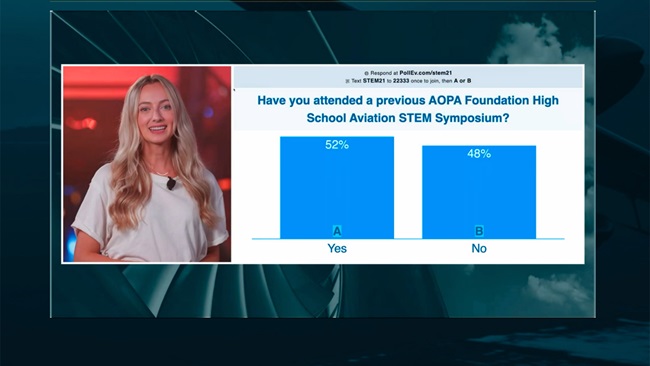