Get the app Get the app
AOPA Members DO more LEARN more SAVE more - Get MORE out of being a pilot - CLICK HERE
News & Media Flights introduce women, girls to aviation

Six-year-old Esther Harbin got to see a lot from the air on a flight out of Frederick Municipal Airport in Maryland March 4—her house, the elementary school, the ridgelines west of the city. Perhaps the most notable sight, though, was her mother at the controls of the airplane.

"I got to fly it," explained her mother, Susan Gray, as the two disembarked from a Cessna 172 after a flight with AOPA President Mark Baker. Baker flew four women and girls on two flights that afternoon as part of Women of Aviation Worldwide Week activities designed to introduce more women and girls to aviation.

As part of the week, pilots around the world are offering free flights to women and girls in "Fly it Forward" events. Women of Aviation Worldwide Week founder Mireille Goyer said that the number of flights logged during the week has grown to more than 5,000 in 2013, and there is never a shortage of demand—proving that the low representation of women among pilots may be for lack of exposure, but not for lack of interest.

AOPA is a sponsor of the event, which runs March 3 through 9, and will be participating in the "Fly It Forward—Passport to Adventure" event at the Frederick airport March 8. 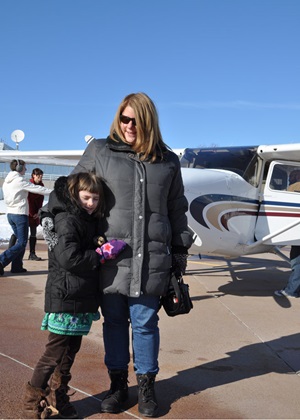 The effort to get women out to small airports and into aircraft aligns with Baker's priorities of making airports more welcoming places and drawing more people into aviation. The experienced pilot has done his fair share of lighting the spark for flying; several family members and neighbors he introduced to flying have gone on to earn their pilot certificates.

"I really like to let them get a feel for the controls," he said. "…It's not as fragile as some people think it is."

Gray noted that the flight had been a little bumpier than a car ride, but manageable. She plans to return to the airport for the "Fly It Forward—Passport to Adventure" event March 8 and is considering trying out flight training with a three-flight package. A friend she had told about the event in 2013 is now in flight training at the Frederick airport, she said.

Goyer and Victoria Neuville Zajko, Women of Aviation Worldwide Week U.S. team leader, greeted Harbin and Gray after the flight with pink wristbands that read, "I'm a Girl. I Love Flying!" Goyer was in the Washington, D.C., area to kick off the week and came to AOPA headquarters for Baker's flights. 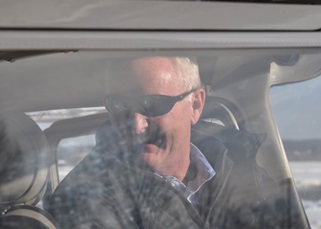 Flights conducted during the week will count toward a competition for the title of "Most female-pilot friendly airport," given to the airport that conducts and documents the most first-flight experiences for women and girls during the week. While weather grounded AOPA's planned flights for March 3, skies cleared by March 4 and Baker was among seven pilots at AOPA who volunteered to fly.

Whether participants in the Women of Aviation Worldwide Week activities go on to earn a pilot certificate or simply have fun at the airport for a day, the events can change women's perspectives on flying and their local airport. With women representing a little more than 6 percent of all student and certificated pilots in the United States, Women of Aviation Worldwide Week organizers hope introducing thousands to flying each year could move the needle and bring in more women pilots. 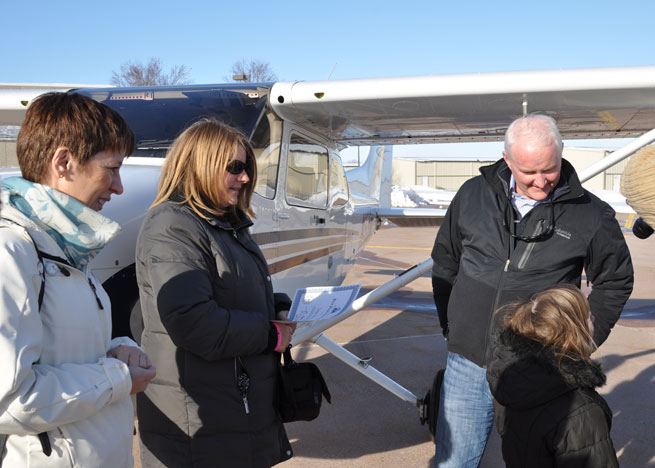 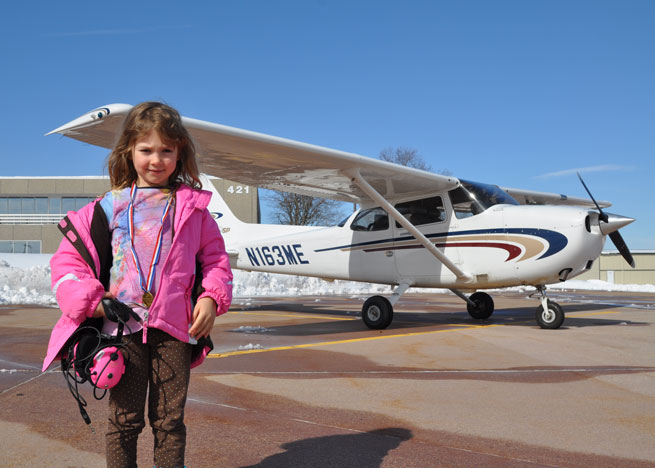