Get the app Get the app
AOPA will be closed July 4th, in observance of the Independence Day holiday. We will reopen at 8:30 am ET on Tuesday, July 5.
News & Media Senate legislation would expand medical exemption

With legislation to expand the FAA's third class medical exemption gathering momentum in the House, Sens. John Boozman (R-Ark.), Pat Roberts (R-Kan.), and Jerry Moran (R-Kan.) on March 11 introduced an identical measure in the Senate. All three are members of the Senate General Aviation Caucus.

The bill would make thousands of additional pilots and a broader range of aircraft eligible for the exemption, which has applied exclusively to sport pilots for the past decade.

“Thousands of pilots, including many from Arkansas, have asked the FAA to expand the light sport aircraft medical exemption to cover additional small aircraft,” Boozman said. “If FAA continues to delay, this bill will start the discussion toward a legislative solution.”

The Senate bill mirrors the language of the General Aviation Pilot Protection Act introduced by AOPA members Rep. Todd Rokita (R-Ind.), a member of the House General Aviation Caucus, and GA Caucus Co-Chair Sam Graves (R-Mo.) in December. That bill has been gathering supporters and now has 52 co-sponsors.

“For many communities in Kansas, and other rural areas of the country, general aviation pilots are the only reliable access to the outside world,” Moran said. “These pilots are also integral to agriculture, forestry, disaster relief, rescue and medical evacuation operations, and countless other fields. Six thousand pilots are already leaving the general aviation industry every year—the FAA should not be making it any more difficult for capable pilots to stay. The General Aviation Pilot Protection Act will help the FAA retain and attract pilots to this vital industry, while preserving important standards of safety in our nation’s skies.”

AOPA, which has advocated strongly for expanding the medical exemption, expressed appreciation for the senators’ leadership.

“On behalf of our hundreds of thousands of AOPA members, we thank Sens. Boozman, Roberts, and Moran for introducing this legislation which will do so much to support general aviation and keep pilots in the air,” said AOPA President Mark Baker. “By making it easier and more affordable to start flying and keep flying, this measure addresses the number one concern of our members.”

Currently, most pilots who fly recreationally must undergo an FAA medical exam every two or five years, depending on their age. They also must assess their fitness to fly before each flight and have their skills evaluated by a certificated flight instructor every two years.

“With passage of this legislation, pilots will continue to assess their fitness to fly and undergo regular flight reviews with a flight instructor, just as they do today,” said Jim Coon, AOPA senior vice president of government affairs. “But the resources now being used on the FAA medical certification process could be reinvested in ways that do far more to enhance safety, including increased proficiency flying and installing new safety equipment on aircraft. This measure will make flying more affordable for AOPA members and will ultimately help reinvigorate the pilot population.”

Like the House bill, the new Senate legislation would exempt pilots who make noncommercial VFR flights in aircraft weighing up to 6,000 pounds with no more than six seats from the third-class medical certification process. Pilots would be allowed to carry up to five passengers, fly at altitudes below 14,000 feet msl, and fly no faster than 250 knots. The FAA would be required to report on the safety consequences of the new rule after five years.

The legislative action goes a step further than a March 2012 petition filed by AOPA and the Experimental Aircraft Association. Under the petition, pilots would be able to operate noncommercial VFR flights in single-engine aircraft with 180 horsepower or less, four or fewer seats, fixed gear, and a maximum of one passenger. To participate, pilots would need a valid driver’s license and would be required to take recurrent safety training to help them accurately assess their fitness to fly. More than 16,000 overwhelmingly favorable comments were filed during the public comment period on the petition.

“Expanding this commonsense exemption to other GA aircraft operating for recreational purposes makes sense from both a practical and safety standpoint. The FAA has had two years to review this request for an exemption. Let’s get this thing moving,” Roberts said.

AOPA continues to work with the FAA and Congress to allow more pilots to fly without going through the costly and time-consuming medical certification process.

“Our elected officials recognize general aviation’s importance as not only an economic engine, but also as a unique American activity,” said Baker. “The measures now in the House and Senate will help GA grow and thrive, and that’s good for everyone.” 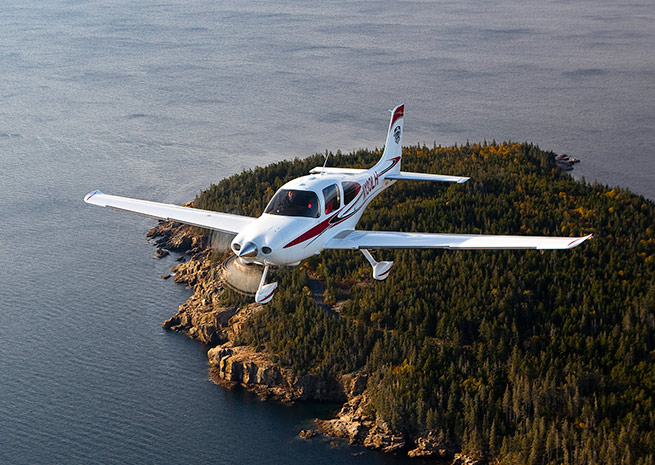 AOPA has compiled a list of the representatives and senators who have co-sponsored the General Aviation Pilot Protection Act. Find out if your elected officials are co-sponsors of H.R. 3708 in the House and S. 2103 in the Senate.