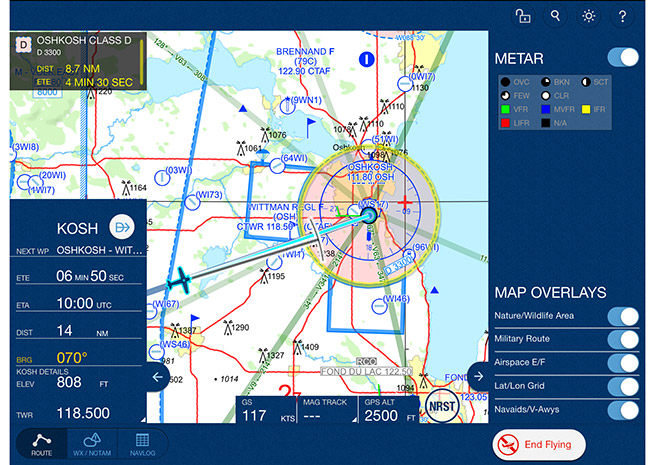 Jeppesen has upgraded its iPad app for VFR pilots with new features and expanded European coverage. Mobile FliteDeck VFR (available for download from iTunes) renders detailed charts for each phase of flight, with newly added capabilities including a notam "pinning" function that allows the user to create a customized list of relevant notams. The flight track vector function has also been enhanced with the latest release, announced March 10.

The application is designed to manage planned, actual, and past flights with simplified data access. The new version also has expanded European coverage to include Belgium, the Netherlands, and Luxembourg.