Get the app Get the app
Already a member? Please login below for an enhanced experience. Not a member? Join today
News & Media Turnout strong at 'Fly it Forward' events 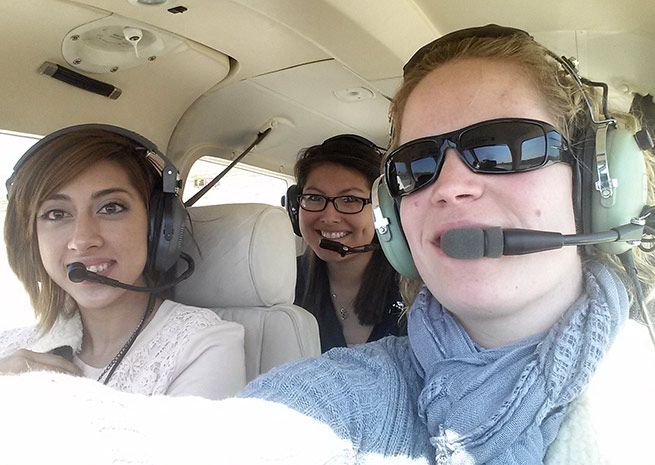 AOPA regional managers were among the many pilots worldwide who participated in well-attended “Fly it Forward “ events that gave women and girls their first taste of aviation during Women of Aviation Worldwide Week March 3 through 9.

AOPA was a sponsor of the worldwide event, and participated in its observances at Frederick, Md., Municipal Airport, where AOPA President Mark Baker flew four women and girls on two introductory flights in a Cessna 172 and other volunteer pilots conducted flights throughout the week. AOPA and the Women in Aviation-AOPA Chapter also participated in a "Fly it Forward-Passport to Adventure" event March 8.

Strong attendance and enthusiasm of those who turned out reflected what organizers have maintained: that there is no lack of interest in aviation among women and girls when the welcome mat is rolled out. Women account for only a small percentage of the pilot population. But Women of Aviation Worldwide Week founder Mireille Goyer has said that demand for the event demonstrates that the small number does not stem from a lack of interest in aviation.

"You truly made an impact, and memories that will last a lifetime," said James Pieper, the principal of Bloomington, Texas, high school—himself a student pilot—in a message to Platt after a delegation from his school sampled flying from Victoria Regional Airport.

It was the first time Bloomington High participated in Women of Aviation Worldwide Week. About 62 students and seven school staff members got to ride in a Cessna 172 flown by Tom Keane; a helicopter piloted by Dianna Stanger, air racer and owner of Calhoun Air Center; and a Piper Archer flown by Platt.

After the flights, their "exhilaration was palpable," reported a local newspaper, devoting print-and-video coverage to the day’s flying.

"It was a great experience," said Platt. "They truly enjoyed their time, and the experience opened up their minds to careers they had never considered."

Budds helped Fly it Forward in Ann Arbor, Mich., where about 80 area students turned out for activities organized by members of the Michigan Flyers.

"I gave tours of my flying club's Piper Archer, talked about how to get involved in aviation, and made available some of our AV8RS information," he said. AV8RS is the AOPA program that provides youth memberships in AOPA, scholarships, and resources for tomorrow’s pilots, with funding made possible by the AOPA Foundation.

In inviting the public to attend its event, The Michigan Flyers had noted on its website that the purpose was to "introduce women of all ages to the joy (and career opportunities) of aviation." An open house on March 8 capped the club’s activities. 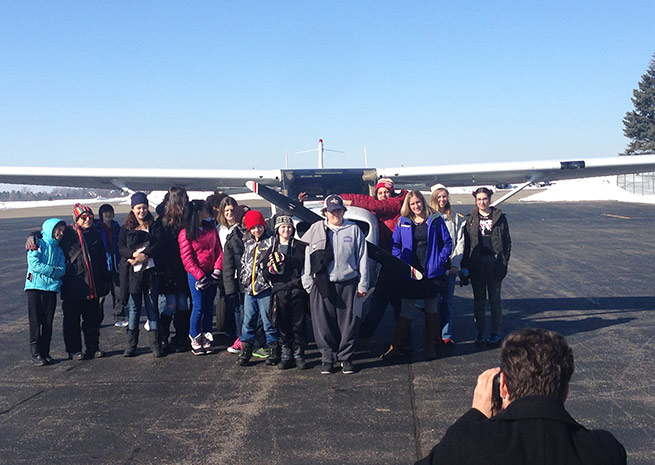