Get the app Get the app
Already a member? Please login below for an enhanced experience. Not a member? Join today
News & Media Women in Aviation holds record-setting event 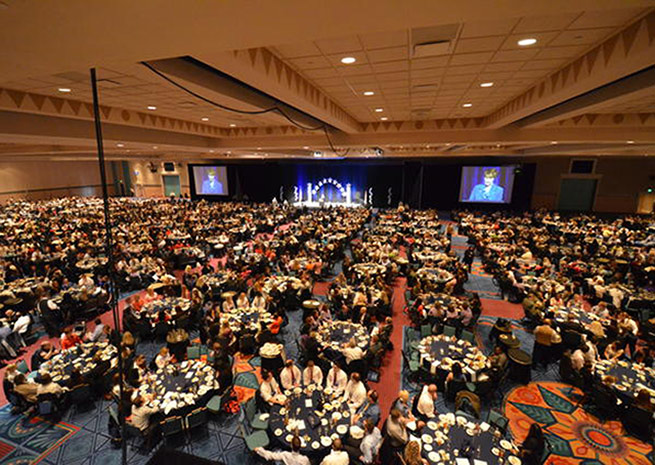 More than 4,500 attendees packed the twenty-fifth annual Women in Aviation, International conference in March, setting a record for the association. “I could never have imagined the size of this conference back 25 years ago,” said WAI President Peggy Chabrian; 125 people attended that event.

Four women were inducted into WAI’s international Pioneer Hall of Fame—Dr. Nancy Currie, astronaut and mission specialist on the International Space Station; Beryl Markham, author of the aviation classic West with the Night; Sally Ride, astronaut and first American woman in space; and Sheila Scott, a British pilot with more than 100 records, trophies, and awards.

As part of the celebration, a time capsule was created to be opened at the fiftieth anniversary conference. In addition to publications, products, toys, and other items placed in the time capsule, members were given a card asking some questions about themselves and the industry, one of which was a prediction about the aviation community 25 years from now.

The event featured WAI’s third annual “Bring Your Daughter to the Conference Day,” also known as Daughter Day. During this daylong event, girls from age 10 to 17 take part in activities to encourage them to select aviation as a career. “This was our biggest Daughter Day by far with 250 girls and 80 chaperones,” said Chabrian.

Some 241 international delegates attended the conference. The largest groups of international attendees were from Nigeria, Canada, and the United Arab Emirates. The exhibit hall displayed 133 companies and organizations, representing all aspects of the aviation community, and 86 scholarships were distributed totaling nearly $500,000. For more information, visit the website.