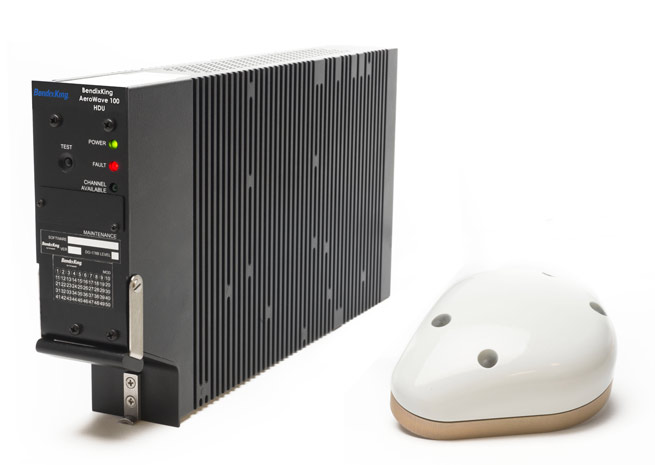 Pilots frequently tout general aviation airplanes as time savers for business travelers, which is true. However, for the passengers, the time away from the office can decrease productivity when access to the outside world is cut off. Bendix/King at the Aircraft Electronics Association convention on March 13 introduced a new system for connecting pilots and passengers to the Web at a cost and weight that is lower than systems available previously. The new AeroWave 100 is designed to provide high-speed in-flight Internet solutions for everything from cabin-class piston twins through light jets.

At $19,995 and 8.8 pounds, AeroWave 100 is cheaper and lighter than many earlier systems. It connects to satellites to provide connection speeds of up to 200 Kbps, similar to the 3G wireless service most people use on the ground. While typically not fast enough for streaming video, it works well for Web surfing and email. Besides passenger use, pilots can use the system to get in-flight weather information and to stay in touch with dispatch centers.

While most similar systems charge by the amount of data used, Bendix/King instead sets up accounts based on number of hours of usage, making it easier for crews and passengers to understand their usage costs.

The AeroWave 100 is expected to be available for deliveries by early summer.

Contributor (former Editor in Chief)
Contributor and former AOPA Editor in Chief Tom Haines joined AOPA in 1988. He owns and flies a Beechcraft A36 Bonanza. Since soloing at 16 and earning a private pilot certificate at 17, he has flown more than 100 models of general aviation airplanes.
Go to Thomas B Haines's Profile
Topics: Avionics, Technology, Aircraft Electronics Association