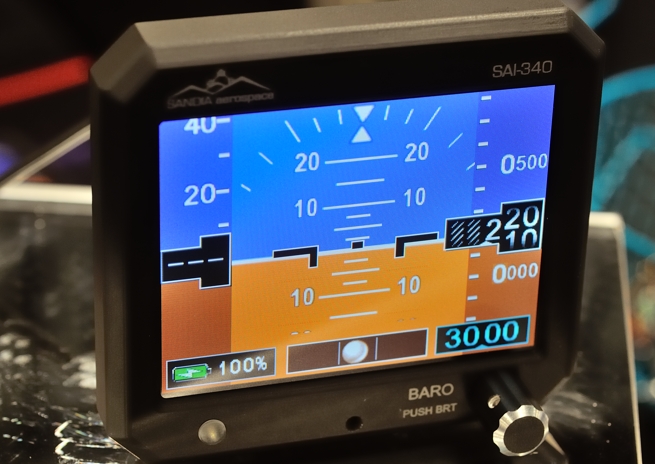 “We have delivered a tremendous number of features in the Quattro, especially considering it weighs just half a pound,” said Sandia President Dennis Schmidt. “It’s an excellent safety-enhancing addition to a panel’s traditional six-pack.”

He said the solid-state Quattro displays air transport-quality graphics in an easy-to-read EFIS presentation. For backup, the Quattro incorporates a small, rechargeable lithium battery which has a nominal duration of two hours’ use and a minimum of 30 minutes.

“This has been in development for two years,” said Barry LeBlanc, regional sales manager for Sandia Aerospace. “We’re really happy and excited to have something like this.”

Technical Editor
Mike Collins, AOPA technical editor and director of business development, died at age 59 on February 25, 2021. He was an integral part of the AOPA Media team for nearly 30 years, and held many key editorial roles at AOPA Pilot, Flight Training, and AOPA Online. He was a gifted writer, editor, photographer, audio storyteller, and videographer, and was an instrument-rated pilot and drone pilot.
Go to Mike Collins's Profile
Topics: Gear, Avionics, Aircraft Electronics Association