“The new SkyView is the most intuitive and capable avionics system available,” said Michael Schofield, Dynon marketing manager. “We’ve focused on creating an incredible pilot interface with SkyView Touch and new dedicated control panels. From the simplest LSA to the most complex IFR aircraft, there’s a SkyView for every panel.”

Pilots will have the option of using a touchscreen or dedicated knobs to control the 10-inch display. Like tablet computers, the Dynon touchscreen has a pinch-zoom and scrolling actions. The SkyView Touch has a retail price of $3,995, or $395 more than the regular display. Current SkyView SV-D1000 owners can upgrade their units for $795.

Dynon also is offering new control panels for the EFIS and autopilot designed to reduce pilot workload and simplify operations.

SkyView’s geo-referenced VFR and IFR charts and approaches will be available for $99 a year through a partnership with Seattle Avionics. 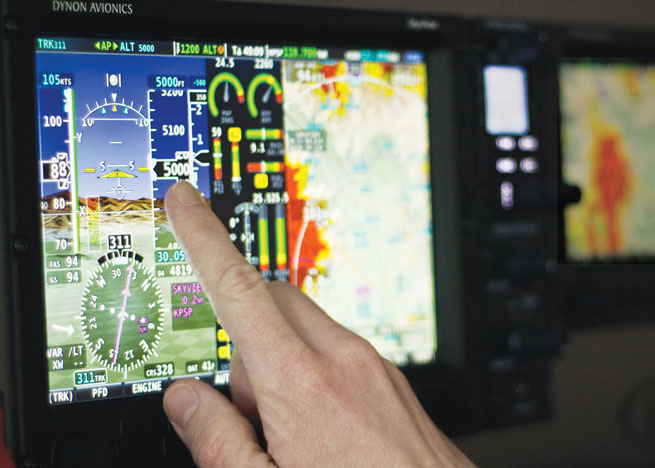