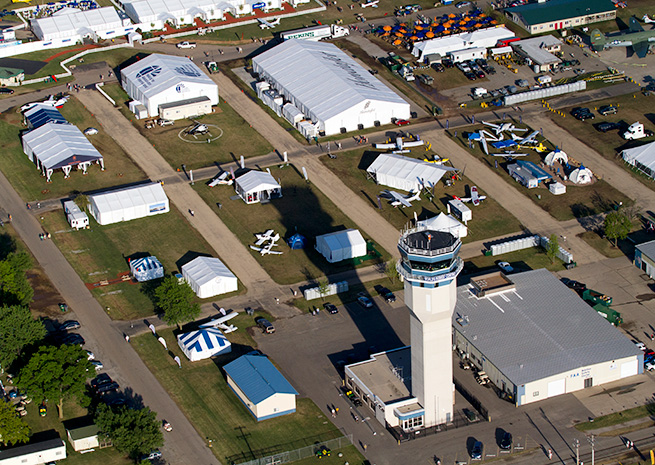 The Experimental Aircraft Association has entered into an agreement with the FAA that will assure the availability of air traffic control services for EAA AirVenture through 2022—but at a cost.

EAA, citing the need for stability and certainty in planning, announced March 21 that it agreed to cover FAA costs for travel, accommodations, overtime to fill the regular positions of controllers deployed to the event, and other expenses.

Those items are essentially the same expenses for which the FAA presented AirVenture with a bill in 2013 in a move that surprised and outraged many in the general aviation community. EAA agreed to last year’s demands under protest rather than risk having to cancel the annual event in Oshkosh, Wis., but denounced the FAA’s move as an effort to hold general aviation "hostage." EAA also contested the FAA in federal court, but that action has now been dropped in a stipulation approved March 21, an EAA spokesman said.

Under terms of a settlement agreement and a reimbursable agreement, the FAA will provide the same ATC services for AirVenture as it has in the past, with EAA paying expenses it estimates at $475,000 this year and next.

EAA is free to pursue "a better solution to provide a high standard of ATC services at Oshkosh," EAA said in a question-and-answer page posted on the association’s website.

Talks with the FAA will help set the association’s obligation in the agreement’s later years.

Another condition requires that EAA drop the legal action it brought against the FAA in the U.S. Seventh District Court of Appeals. The petition was to be dismissed "with prejudice," precluding EAA from going back to court in the matter.

"Our ultimate goal was to bring certainty and stability for AirVenture, for EAA and our fellow members," said EAA Board Chairman Jack Pelton. "Every possible option, from contract and volunteer controllers to canceling AirVenture entirely, was considered."

In a teleconference with news media representatives, Pelton emphasized that EAA had explored a wide range of possible substitutes for the FAA’s services, but found none that could replace the agency at the scale required for running AirVenture.

Also pressuring the negotiations—and EAA’s court case, which Pelton maintains was strong—was the realization that even if EAA found an ATC substitute, the FAA would still be in a position to grant or withhold a wide range of waivers and exemptions required for AirVenture’s flight operations.

Settlement talks began at the end of last year consisting of direct "philosophical and strategic high-level discussions" between Pelton and FAA Administrator Michael Huerta, and "endless hours" of legal negotiations and discussions involving the FAA and the Department of Justice.

Pelton did not disclose EAA’s legal costs but said that "half of what we paid last year has been credited back to us."

Pelton said he regards the cost burden EAA has assumed to have been triggered by sequestration’s effects on government agency funding, not evidence of a new stance by regulators toward general aviation. However, he said he hoped EAA’s need to enter into the agreement would become a catalyst for the general aviation industry to unite and "ensure that this doesn’t get worse."

The FAA’s position on the fees, announced at a time when the agency was under sequestration and lacking an operating budget, drew criticism from Congress last June, when AOPA reported that 28 senators who had been contacted by 19,000 aviation supporters signed a letter to Huerta expressing safety concerns raised by the policy and pointing out that general aviation already pays a fair share of agency costs.

Although a legislative solution did not emerge in 2013, one might yet provide a future path out of the agreement with the FAA, Pelton said. 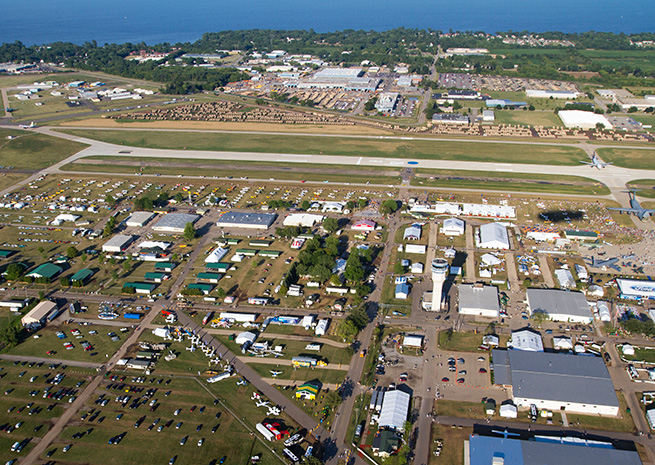 Dan Namowitz has been writing for AOPA in a variety of capacities since 1991. He has been a flight instructor since 1990 and is a 35-year AOPA member.
Go to Dan Namowitz's Profile
Topics: Experimental Aircraft Association, Aviation Organizations, Financial