Get the app Get the app
Already a member? Please login below for an enhanced experience. Not a member? Join today
News & Media Turboprop RV-10 on display at Sun 'n Fun 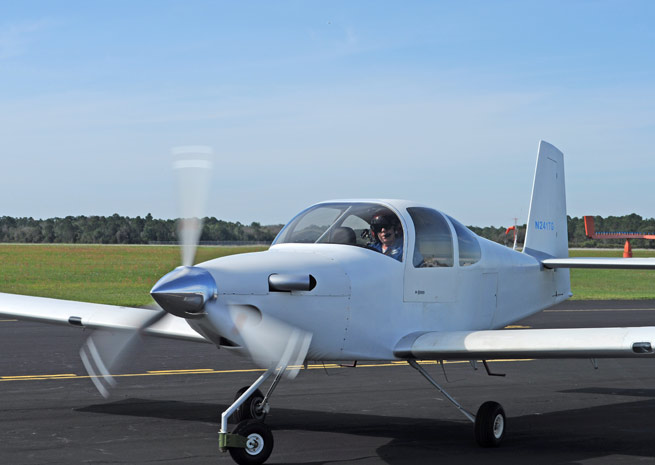 A Florida company is testing a 155-pound turboprop engine from the Czech Republic on a Van's Aircraft RV-10. Van's Aircraft is not involved in the project. Turbine Solution Group of Deland, Fla., has done ground tests of the aircraft now on display during Sun 'n Fun in Lakeland, Fla. Flight testing will begin after its appearance at the yearly Florida event.

The project has been in progress for several years. It uses a 241-horsepower engine from PBS in the Czech Republic. The gas generator section, known as TJ-100, has many hours of flight time in gliders, and is used on the SubSonex jet. Turbine Solution Group, headed by Christian Skoppe, calls the model the PBS TP-100 RV-10.

The engine weighs 128 pounds, but with exhaust, electrical wiring, and accessories, it is 155 pounds. A propeller specifically designed for the Czech engine has been developed by Hartzell Propeller. Avionics on the aircraft are from Advanced Flight Systems. There are no performance details on the aircraft as yet, since it has not begun flight testing.

The company expects to give demonstration flights during EAA AirVenture in Oshkosh, Wis., from July 28 to Aug. 3. Only the completed fuselage is on exhibit at this year's Sun 'n Fun. The company has served the non-certified market since 1996. The goal is to offer an RV-10 conversion kit for the turboprop engine installation. It is expected the aircraft will carry 120 gallons of fuel and operate as high as 20,000 feet. No pricing information is available on the company's website. 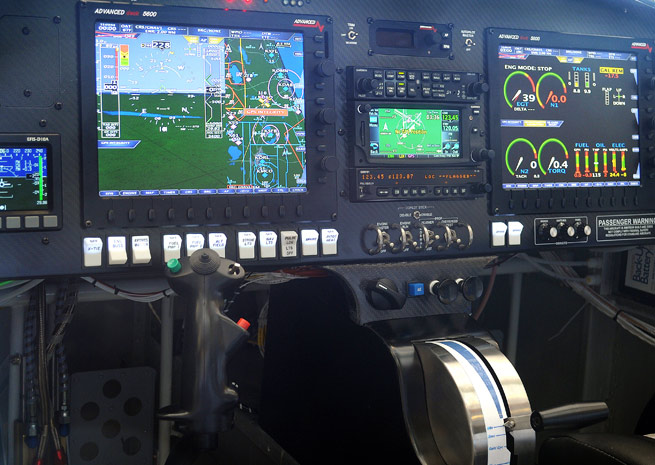 Instrument panel on the RV10 turboprop.