Gulfstream Aerospace Corp. is testing an extended-range version of the G650, with a 500-nautical-mile extension of the standard G650 range. FAA certification is expected in 2015. Certification by the National Aeronautic Association and Fédération Aéronautique Internationale of two world-record flights, between Los Angeles and Melbourne, Australia, and Hong Kong and Teterboro, N.J., may come sooner than that. 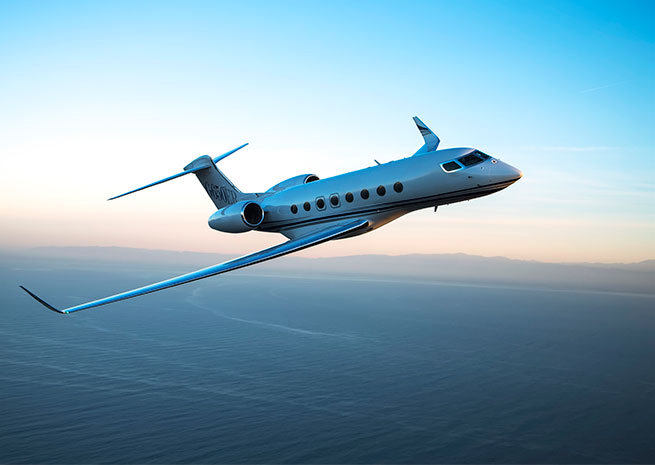 The G650ER, with the same cabin, avionics, and systems as the standard G650 that entered service in 2012, logged the Los Angeles to Melbourne test flight of 6,947 nautical miles in 14 hours and 58 minutes, an average speed of Mach .86, landing with fuel “well in excess” of IFR reserves, the company announced May 19. The Hong Kong to Teterboro flight, another test mission covering 7,494 nautical miles, lasted 14 hours and seven minutes, with an average speed of Mach .865, again landing with ample reserves.

“The capabilities of the G650ER are due in part to its twin Rolls-Royce BR725 engines, the latest and most advanced member of the BR700 engine series,” said Russell Buxton, president of Civil Small and Medium Engines for Rolls-Royce, in a Gulfstream news release. “The BR725 incorporates technology from the market-leading Trent widebody engine family and was designed with excellent fuel efficiency and ample thrust margins that support the G650ER’s enhanced performance.”

Gulfstream, a subsidiary of General Dynamics, has ridden the G650 to the top of the market, logging $2.054 billion in sales for the first quarter of 2014, according to data released this month by the General Aviation Manufacturer's Association, accounting for 40 percent of the worldwide aircraft market.