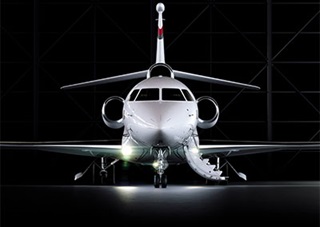 Dassault Aviation has announced a new Falcon jet with longer legs and a larger cabin, with assembly of the first airframe expected to be underway in the coming months in Bordeaux-Merignac, France. Certification and delivery are expected in 2016, according to a company news release issued during the European Business Aviation Convention and Exhibition in Geneva.

The Falcon 8X will feature a larger cabin and longer range than the 7X, while still able to handle steep approaches into airports such as Aspen, Colo.

"The Falcon 8X will be our new flagship and a great complement to our product line," Dassault Aviation Chairman and CEO Eric Trappier said in a news release. "It builds on Dassault expertise in aerodynamics, in precision design and manufacturing, and in advanced digital flight controls. It embodies the best of Falcons that have come before with the most capability of any Falcon ever."

A company spokesman did not immediately respond to an AOPA email inquiring about price, and other details, though at least one published report put the Falcon 8X price tag at $57 million, $9.5 million below the Gulfstream G650ER that was also announced at the Geneva show—and which offers a 7,500-nm range.

Dassault said in its announcement that the Falcon 8X will be powered by an “improved version” of the Pratt and Whitney Canada PW307, and a new wing design that together will improve fuel efficiency by 35 percent. The new engines will deliver 5 percent more thrust than the version used on the 7X, while reducing noise and emissions. 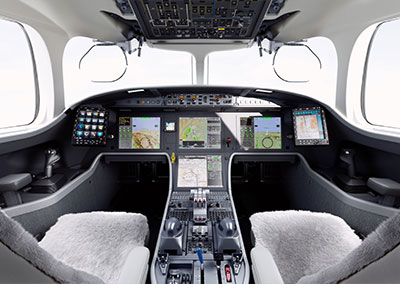 The Falcon 8X cockpit will be derived from the 5X cockpit, with a new generation flight deck dubbed “EASy” that incorporates enhanced vision, synthetic vision, and dual head-up displays.

"With two new aircraft in development, the 5X and 8X, Dassault will now be able to offer a family of six jets designed to meet the widest possible range of operator needs at the upper end of the business jet spectrum," Trappier said in the news release.

The Falcon 8X is expected to require a balanced field length of about 6,000 feet, with an approach speed of 106 knots at typical landing weight.