The purchase of a simple airport/facility directory turned out to be a lot more than that for John Ballard of Midlothian, Texas.

In what is surely the best argument ever for buying paper charts, Ballard’s online purchase won the top prize in this year’s Sporty’s Pilot Shop sweepstakes—a factory-new RV-12 light sport aircraft valued at more than $120,000.

Sporty’s President Michael Wolf delivered the good news to Ballard by phone May 17 at the company’s tenth annual fly-in at its headquarters at Clermont County Airport in Batavia, Ohio.

“It turns out the winning order was for a printed A/FD,” Wolf said. “The winner’s son is a pilot and has a subscription to printed charts.”

The receipt for the transaction was selected at random by an accounting firm as the winner. The Ballards will travel to Sporty’s to take delivery of their new airplane. And Sporty’s has already selected another RV-12 for its 2015 giveaway.

“It’s a tremendous aircraft and an absolute joy to fly,” said John Zimmerman, a Sporty’s vice president who flew it for several aerial photography missions. “The responsiveness is outstanding, and so is the visibility.”

About 100 airplanes and an estimated 600 people attended the fly-in on a rainy and cool day. Sporty’s employees whisked some arriving aircraft into open hangars and cooked upward of 600 hot dogs during the event. Other popular features included free seminars on flying with iPads and new developments with ForeFlight and related products.

Next year's fly-in and sweepstakes award is scheduled for May 16. 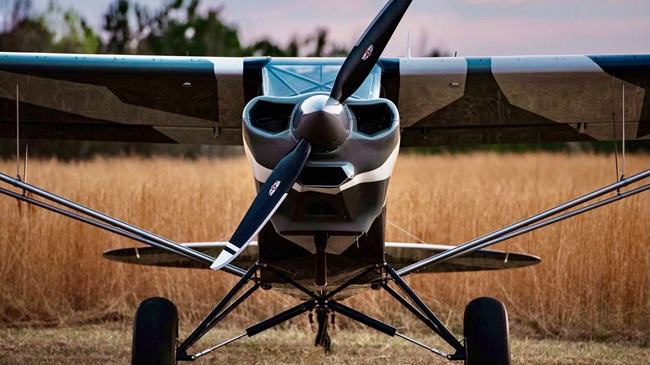 Lap around the patch in new Super Patriot