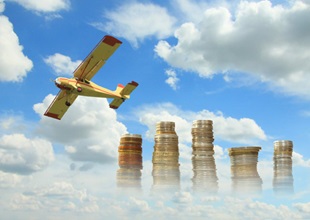 The FAA has released an amendment to clarify its rule regarding the use of state and local fuel tax revenues, saying that the money collected in aviation fuel taxes must be used for aviation purposes.

“This is good news for general aviation airports nationwide, because it means money raised through aviation operations will be put to work for airports and aviation,” said Bill Dunn, AOPA vice president of airports. “There has been a lot of confusion over this issue, especially since fuel taxes imposed prior to 1987 were exempt from being used for aviation purposes. We’re pleased the FAA is setting the record straight and making sure states recognize their obligations.”

The clarification to the rule applies to fuel taxes collected at airports that have accepted federal funding and says that aviation fuel taxes imposed at the state or local levels must be used either for state aviation programs or for airport-related purposes. The FAA is giving states and local governments three years to modify their laws to come in line with the FAA requirement.

The FAA sought to clarify the rule after a number of airports were found to be redirecting fuel tax revenues to their states’ general funds. AOPA filed formal comments on the proposed amendment earlier this year.

“We encourage the FAA to undertake a focused effort to ensure that all state governments have a full understanding of these federal requirements and where appropriate, designate aviation fuel taxes collected at the state level currently deposited in the state’s general fund, into a dedicated aviation fund to benefit the State aviation programs,” AOPA wrote.