AOPA ready to work with FAA on ADS-B Out mandate 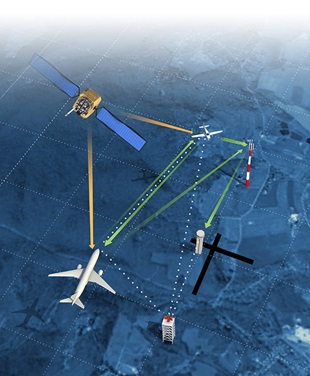 AOPA is standing ready to work with the FAA and industry to break down the barriers to meeting the 2020 ADS-B Out mandate for a large segment of the general aviation fleet. At the top of the association’s list of concerns is lowering the cost to comply with the requirement that all aircraft be equipped for ADS-B Out by Jan.1, 2020, in order to continue flying in airspace where a Mode C transponder is required today.

“Lowering the cost to meet the mandate is absolutely critical to a large segment of our members,” said AOPA Senior Vice President of Government Affairs Jim Coon. “There are more than 81,000 certified single-engine piston-powered airplanes on the FAA’s registry that are worth $40,000 or less. Many of these owners simply can’t invest a minimum of $5,000 to $6,000 to install equipment simply to keep flying in the same airspace they use today. Members are telling us they will have to park their airplanes if the cost to equip doesn’t drop substantially.”

Coon made the comments in advance of a Nov. 18 meeting of the FAA’s “Equip 2020 Implementation Group.” The government-industry group, which includes AOPA, grew out of the FAA’s Oct. 28 “call to action” summit to identify the barriers to meeting the agency’s 2020 deadline. Participants in that summit, which also included AOPA, identified problems such as cost and complex certification procedures as some of the key barriers to ADS-B Out equipage.

ADS-B Out works by continuously transmitting data such as altitude, airspeed, velocity, and location from equipped aircraft to ground stations and other aircraft in the vicinity. Air traffic controllers can then “see” the traffic in real time.

While ADS-B Out is expected to improve traffic management, it doesn’t offer much in the way of direct benefits to most GA pilots. Optional ADS-B In receivers allow pilots to receive traffic and weather information broadcast from ADS-B ground stations as well as information directly from nearby aircraft equipped with ADS-B Out. But ADS-B In receivers are not part of the mandate and require additional equipment.

“We fully support air traffic modernization, and ADS-B is the backbone of that effort. For some aircraft owners, it makes sense to go ahead and equip now, and we encourage them to do that. But for others, the cost is prohibitive,” said Coon. “It’s AOPA’s job to keep our members flying, and we’re ready to work with the FAA and manufacturers to find ways to overcome the barriers and ensure that our members maintain access to the same airspace they have today.”

Both GA and the airlines have been slow to equip for the 2020 deadline. The FAA estimates that 10 percent of the GA fleet will be equipped by the end of 2014, while the figure for the airlines is just 3 percent.

One reason the equipment is so costly is that the FAA requirements were designed with the airlines in mind. But technology has changed substantially since the ADS-B Out mandate was first issued in 2010. The introduction of the iPad that same year, and the proliferation of useful aviation apps since then, has made it easier and less expensive to get weather and other information into the cockpit. The non-certified marketplace has also provided tremendous innovation.

“While these may not be solutions in themselves, they may point the way to a strategy to address the cost barriers to ADS-B Out equipage,” Coon said. “And we intend to work with the FAA and manufacturers to help develop these solutions so that all aircraft owners can equip.”