Get the app Get the app
AOPA will be closing at 2:30pm ET Wednesday, November 23rd, and will remain closed Thursday and Friday in observance of the Thanksgiving holiday. We will reopen Monday November 28th at 8:30am ET.
AOPA Members DO more LEARN more SAVE more - Get MORE out of being a pilot - CLICK HERE
News & Media Clubs made Sporty's possible 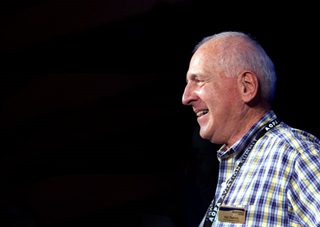 Sporty’s Pilot Shop founder Hal Shevers joined the Purdue Flying Club while studying at Purdue University and earned his private pilot certificate in the fall of 1957. He bought into the club for $200, a share he was later able to sell, and rented a Piper Cub for $4 an hour (the FBO Cub cost $5 an hour at the time). Shevers said he learned to fly for $225, making possible a career in aviation that would otherwise have been too expensive.

“If it wasn’t for flying clubs there’d be no Sporty’s,” Shevers said in a recent interview.

The days of renting anything airworthy for $4 an hour may be long gone, but flying clubs are no less crucial to the future of general aviation, Shevers said. (The flying club at Purdue, now known as Purdue Pilots, Inc., continues to offer a lower-cost option for flight training and aircraft rental.)

“I think it’s just a matter of getting more people involved, letting them know this is a good deal,” said Shevers, who celebrated 50 years of AOPA membership in 2009, and 50 years of building one of aviation’s most recognizable names two years later.

Shevers moved to the Cincinnati area after college and soon bought a share in a Piper Comanche, though he said getting Sporty’s off the ground required some belt-tightening and he sold that share and joined one of three clubs then operating in the area: the T-Birds. Shevers collaborated with Joseph Vorbeck, then chairman of general aviation technology at Purdue, to create a three-day ground school to prepare students for the private pilot written exam, which became the nucleus for courses and clinics offered by AOPA through what has become the Air Safety Institute. A lifelong aviation educator, Shevers would rely on flying club aircraft for several years.

“I used the T-Birds Comanche and (Cessna) 182 to get around to these weekend flight training clinics,” Shevers recalled.

Shevers would move on to aircraft ownership, but financial challenges in the 1970s—when Sporty’s moved to its current location at Clermont County Airport in Batavia, Ohio, prompted Shevers to return to flying clubs to stay airborne.

“We formed our own flying club with a (Cessna) 172 here at Sporty’s,” Shevers recalled. “Years later, I moved back into an Aztec again.”

Shevers said saving money is only one of the good reasons to join, support, or even launch a flying club—efforts AOPA has worked to foster in recent years through the flying club initiative that offers a multitude of resources for current and future club operators and members. (Webinars, videos, a national flying club finder and many other resources are collected on AOPA's website.)

Shevers said clubs offer many benefits in addition to more affordable aircraft: Opportunities to socialize, learn, and share experiences are valuable in ways difficult to measure. Shevers said club meetings offer an opportunity to expand aviation knowledge with guest speakers—invite local controllers, aircraft mechanics, pilots with stories to tell. “There’s no problem finding somebody to speak once a month at a flying club,” Shevers said.

His own life story would have been very different without having access to flying clubs and the opportunities they create, Shevers said. “It sure wouldn’t be to have made a living for the last 53 years in something I really love.”