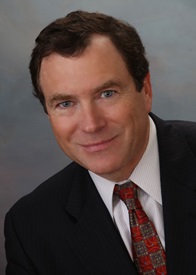 Premature predictions of prosperity’s return have burned more than one prognosticator since the economic collapse of 2008-2009. But aviation analyst Brian Foley could not resist sticking his neck out after drilling down into the latest numbers.

“I have a deep conviction that 2015 will be the indisputable pivot point when the industry, including its laggard segments, turns meaningfully upward,” Foley said in a Nov. 11 press release. Foley had heretofore resisted such optimism. In a phone interview, he explained why he thinks real recovery is upon us: The stock market is setting new record highs, business jet activity has hit six-year highs, interest rates remain low, and consumer confidence is back to pre-recession levels. Oil prices continue to drop.

“The stars are aligning, finally, for general aviation,” Foley said.

Drilling deeper into the third-quarter data released Oct. 30 by the General Aviation Manufacturers Association, Foley found another reason for market confidence: While large-cabin business jet deliveries slipped slightly, there were double-digit increases in small and midsize jet deliveries, and piston aircraft as well. Foley found a 22-percent increase in small jet deliveries for the first three quarters, year over year, and a slightly smaller but still dramatic increase in medium jets—about 19 percent. Piston deliveries increased 9.2 percent, according to the GAMA data, and Foley said there is good reason to expect that upswing will also continue. Foley expects the piston market to post a double-digit increase by year-end.

“It’s a function of everything that seems to be going right,” Foley said. “I have a strong conviction that not only have things turned around already, but we’ll see further evidence of that in 2015 as manufacturers start reporting backlogs.”

Foley noted that used jet inventories have dropped to the lowest level since 2008, and sales in the used jet market for the first nine months of the year are the highest for any such period in a decade. Business jet operations have hit a six-year high.

Foley said the combination of low interest rates, high confidence, rebounding corporate profits, and increased aviation activity strongly suggest that pent-up demand suppressed by the recent recession is finally being released, and aircraft manufacturers are poised to bring many new models to market in the coming years, further stimulating demand.