Get the app Get the app
AOPA will be closing at 1:45pm ET on Tuesday, December 6th. We will reopen Wednesday morning at 8:30am ET.
AOPA Members DO more LEARN more SAVE more - Get MORE out of being a pilot - CLICK HERE
News & Media Safety device pioneers receive Nall award 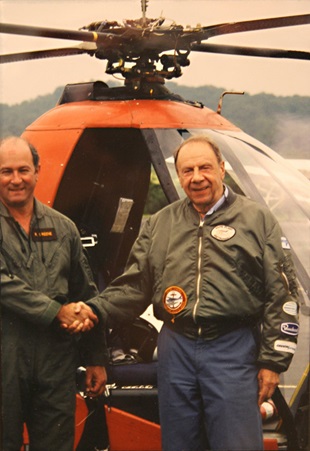 Randall Greene and the late Leonard Greene of Safe Flight Instrument Corp. have been awarded the sixth annual Joseph T. Nall Award by the International Air and Transportation Safety Bar Association, for their company’s contributions to aviation safety.

The award was presented to Randall Greene, Safe Flight’s president, and posthumously to his father Leonard, the company’s founder, at a conference gala dinner of the association on Nov. 13.

Safe Flight, based in White Plains, New York, is a leading supplier of aviation safety and flight performance systems. Leonard Greene founded the company in 1946 with the launch of his innovative concept to provide a warning to the pilot of an impending aerodynamic stall—a device now "installed on the vast majority of the world’s fixed-wing aircraft of all types," said a company news release.

Safe Flight has also pioneered in the development of automatic throttle systems, wind shear warning devices, and other innovations in instrumentation, and performance and control systems for general aviation, commercial, and military users.

The award is named for Joseph T. Nall, who served as a member of the National Transportation Safety Board from 1986 until his untimely death in an aircraft accident in 1989 while on NTSB business in Caracas, Venezuela.

It is presented by the Frederick, Maryland–based organization of attorneys who practice before the NTSB, the FAA, and other government agencies, recognizing individuals who have made significant contributions to aviation safety.