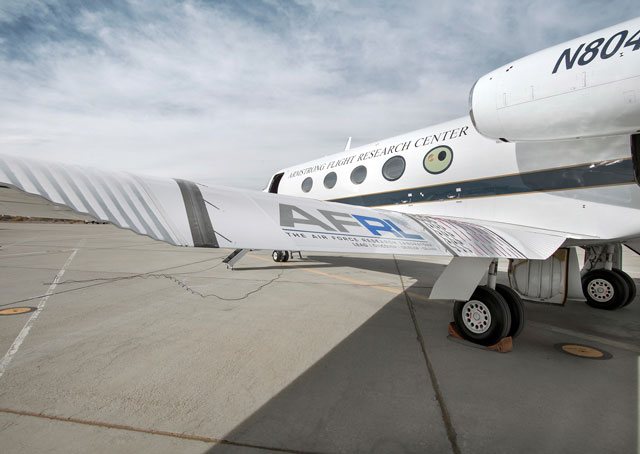 A set of flexible flaps mounted on a Gulfstream business jet have passed initial flight tests “with flying colors,” according to the company founded by a University of Michigan engineering professor to bring his invention to market.

NASA and the Air Force Research Laboratory are collaborating with FlexSys of Ann Arbor, Michigan, to test a set of flaps spanning 18 feet along the trailing edges of a Gulfstream III, flaps that are able to bend and twist to suit the demands of the moment.

That feature, combined with flexible fairings that seal the gaps between the moving and fixed portions of the wing (gaps that contribute significantly to the noise generated on approach), promises to significantly increase aerodynamic and fuel efficiency, reduce noise, and make for a smoother ride. FlexSys estimates that existing aircraft retrofitted with these twisting control surfaces will reduce fuel consumption by 4 percent or more, and clean-sheet designs that incorporate this technology can benefit even more, reducing fuel consumption by up to 12 percent. That could translate to hundreds of millions, even billions in annual savings.

Flight tests began this month at NASA’s Armstrong Flight Research Center, with missions flown from Edwards Air Force Base designed to prove the basic airworthiness of the system. The first flights were made with the warping flaps in fixed configuration for each flight, though flight crews trained to handle these warping flaps in simulators will eventually begin to demonstrate the system’s true capability: fine-tuning aerodynamics in flight based on changing conditions, including the aircraft’s decreasing weight as fuel is burned.

Unlike many other modern attempts to increase aerodynamic performance with warping wings (a concept first put to practical use by the Wright Brothers), the airfoils invented by University of Michigan engineering professor (and FlexSys founder) Sridhar Kota use materials already in widespread aeronautical use rather than piezoelectric ceramics that twist and bend in response to electric current. Kota’s concept relies on a lattice of unspecified material that is pushed and pulled by hydraulic actuators, and the “FlexFoil” surfaces installed as flaps on the NASA Gulfstream can deflect through a 49-degree range of motion (from -9 to 40 degrees). In ground tests, the system has demonstrated strength that piezoelectric materials have yet to match, with a load-carrying capacity up to 24,000 pounds, twice the maximum load expected on control surfaces in flight. While strong, the system can also be very subtle, making small changes to the wing shape in flight to maximize efficiency and reduce airframe stress.

Flight tests are expected to continue for several months. Kota has been working on the concept for far longer, having first approached the Air Force laboratory two decades ago. (A more detailed account of the concept's development was published in April by the American Institute of Aeronautics and Astronautics.)

Government grants awarded beginning in 2001 have helped finance development of the concept, and the director of the NASA Environmentally Responsible Aviation program and the Air Force program manager both expressed much enthusiasm for the technology in recent press releases.

Kota said that aircraft control surfaces are among many potential applications.

"This technology can be applied to all kinds of surfaces moving through a fluid medium such as airplane wings, engine inlets, helicopter rotors, and wind turbines, as well as specialized components for automobiles, boats, and submarines," said Kota. 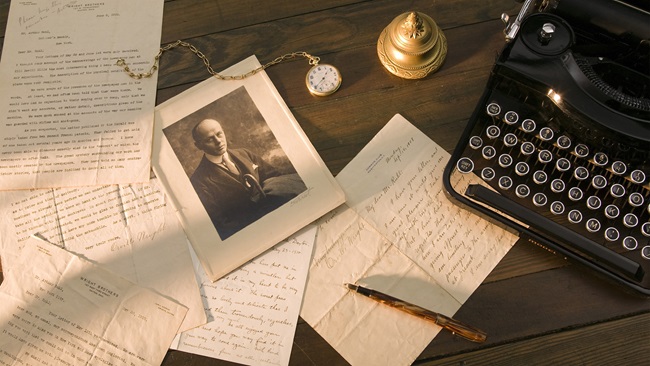