Get the app Get the app
Already a member? Please login below for an enhanced experience. Not a member? Join today
News & Media Frederick Aero Club bills itself as a true flying club

Frederick Aero Club bills itself as a true flying club

Gary Smith, president of Maryland’s Frederick Aero Club, is clear about the mission of his group: “This is not an FBO hiding behind a flying club. It’s a true flying club.”

The club, founded in 1994, is based at Frederick Municipal Airport and currently has 10 members. It operates as a nonprofit 501(c)(7).  “Everyone owns an equal share in the corporation, and the corporation owns the aircraft,” he said. The club has a 1984 Piper Archer II.

“When I founded the club, we all looked at the best way to form it and make everyone equal,” said Smith. “In looking at costs, we asked ‘If the plane never moves, what are our expenses?’ That’s how we sent our dues. Then we asked ‘When the plane takes off, what does it cost?’ That’s how we determined our hourly rate.”

The club buy-in is $1,000, which buys members an equal share of the corporation, said Smith. Monthly dues are $175. “Not only does it cover expenses, but it makes members insured with our insurance, so they don’t have to buy renters insurance,” he said. “We charge $90 an hour, wet and hobbs for our aircraft.”

The Frederick Aero Club is designed to save members money if they fly more than two or three hours a month as compared to renting an aircraft, said Smith. “But if you’re a fair-weather flyer, our club will not be economically feasible,” he said. “And frankly, we don’t want people who fly once every six months. So by design, our club prods people to fly and utilize their money.”

While the club has two flight instructors, members must be at least a private pilot to join, said Smith. “Our insurance doesn’t allow flight training in our aircraft. Plus flight instruction is for FBOs and flight schools,” he said.

As for activities and events, a lot of members participate in Angel Flight and use the club aircraft for it, said Smith. “It gets our members flying versus just going for the $100 hamburger. We can give back to the community,” he said.

The club is always looking for new members, but they must be the right fit, said Smith. “We have the ability to expand, but right now we’re at a happy medium where we can pay our bills and our aircraft stays in high-quality shape,” he said. “But we don’t want to have too many so that members don’t get to fly.” 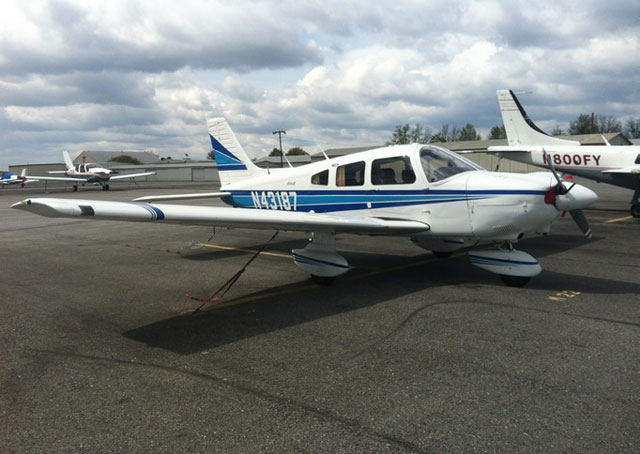