Get the app Get the app
Get the latest news on coronavirus impacts on general aviation, including what AOPA is doing to protect GA, event cancellations, advice for pilots to protect themselves, and more. Read More
Already a member? Please login below for an enhanced experience. Not a member? Join today
News & Media Garmin announces updates for King Airs

Garmin announced a series of NextGen-ready upgrades and operational enhancements for King Air C90 and King Air 200/300 series turboprops, including safety enhancements for G1000-equipped aircraft offered in a promotional program.

In a promotion tied to the National Business Aviation Association convention, Oct. 21 to 23 in Orlando, Florida, Garmin unveiled a $29,995 King Air Platinum Plus Package for the 200/300 series that "expands upon the existing Platinum Package to include additional upgrades and optional features" at savings of more than $16,000.

Garmin said owners ordering the G1000 Integrated Flight Deck by Jan. 24, 2015, can take advantage of the savings on options including Garmin’s Electronic Stability and Protection system, which functions independently of the autopilot while the pilot hand-flies the aircraft; Synthetic Vision Technology; and Garmin ChartView.

"We continue to make a series of investments to ensure King Air pilots have access to state of the art equipment and features on new and existing G1000-platforms, which decreases cost of ownership of the aircraft," said Carl Wolf, Garmin vice president of aviation sales and marketing. "These key upgrades minimize pilot workload, improve situational awareness and expand operational benefits, giving owners and operators even more compelling reasons to upgrade to the G1000 Integrated Flight Deck."

Updates for 200/300 King Air owners and operators are available now. For King Air C90s, the latest software is expected to be available by November, Garmin said. 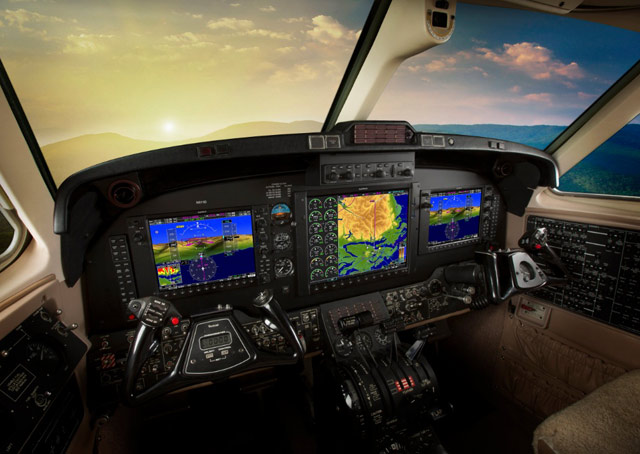