Get the app Get the app
AOPA will be closing at 2:30pm ET Wednesday, November 23rd, and will remain closed Thursday and Friday in observance of the Thanksgiving holiday. We will reopen Monday November 28th at 8:30am ET.
AOPA Members DO more LEARN more SAVE more - Get MORE out of being a pilot - CLICK HERE
News & Media Textron boosts King Air performance on two models

Even at 50 the legendary twins see improvements

The Beechcraft King Air flies into its second half century with a new round of improvements that boost performance for the C90GTx and the 250 models. Beechcraft has produced some 7,200 of the venerable twin turboprops over the past 50 years, a segment the model has dominated since the beginning. Now a product of Textron Aviation, King Airs are at work in some 130 countries. 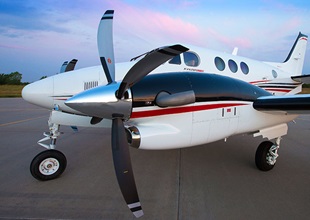 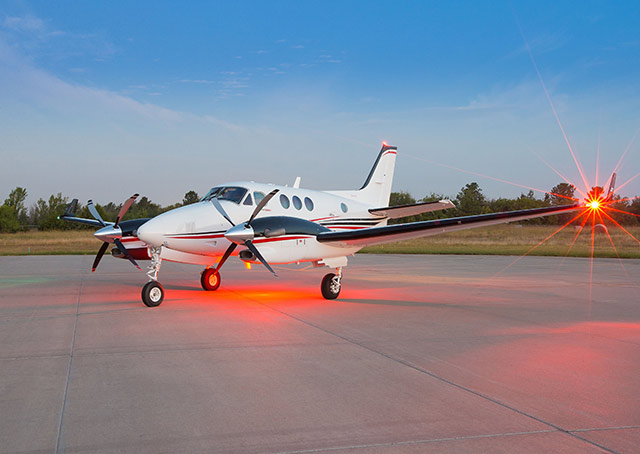 Raisbeck Engineering developed the package of propeller and airframe improvements, working with Beechcraft to offer the upgrades on new airplanes. Meanwhile, Raisbeck itself is offering the upgrades to existing C90GTx models already in the fleet. The Raisbeck C90GTRx Epic Performance Package brings your existing C90GTx up to the same performance numbers as the factory new one. However, the C90TRx does not include the new high-speed nose gear tire. Both models include a new flight manual supplement that allows operators to take full advantage of the performance jump. 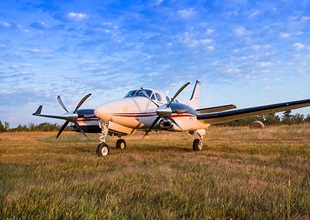 Those needing a larger airplane can step up to the King Air 250, which can earn a significant useful load bump if the owner is willing to get a type rating. Christi Tannahill, senior vice president of turboprops at Textron Aviation, reported at the NBAA convention on Oct. 20 that the company is ready to deliver a version of the 250 that boosts maximum takeoff weight by 920 pounds and useful load by 870 pounds. The move from a maximum takeoff weight of 12,500 pounds to 13,420 pounds puts the 250 into the Commuter category, which requires a type rating in the United States, a requirement already in place in some other countries for airplanes the size of the 250. With the change, pilots in other countries can take advantage of the greater weight-carrying capability of the 250. In the United States, pilots who are willing to get a type rating can also enjoy the benefits. The gross weight increase is an option that will be priced at about $150,000. The Commuter category demands pilots take into account balanced field length when calculating runway performance, which will increase required takeoff and landing distances. Owners wanting to keep the model’s better runway performance or not wanting to get a type rating, can purchase the stock airplane, which keeps the original 12,500-pound limit.

With the higher takeoff weight, the airplane can move from carrying full fuel and one passenger plus pilot to carrying full fuel, a pilot, and five passengers. The move also broadens the gap between the C90GTx and the 250. The change gives C90GTx owners a bigger reason to step up, according to Tannahill. With the change, a 250 can carry a 1,000-pound payload up to 1,412 nm at high speed cruise versus just 957 nm for a stock 250, which would have to offload more fuel to carry that much weight. 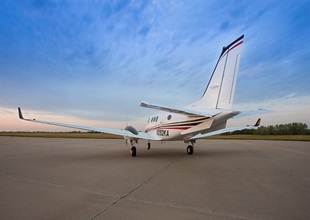 The move into Commuter category and the higher maximum weight requires several paperwork, placard, lighting, and marking changes as well as new main gear tires and an engine fire suppression system. No structural airframe changes are necessary. Buckles noted that the company has delivered many King Air 250s for military special missions with maximum gross weights of up to 15,000 pounds with no problems.

Tannahill said she expects as many as 50 to 60 percent of new 250s will go out under the Commuter category. The upgrade will be available at a later date for retrofit to existing 250s, also for about $125,000. Base price for a new 250 is $6.1 million. The Commuter category price includes type rating training for one pilot.

Further yet up the King Air food chain, Textron Aviation officials announced that a King Air 350ER on Sept. 27 flew 2,121 nm nonstop from Napa, California, to Honolulu in 8 hours and 52 minutes with two pilots and 600 pounds of cargo—all on stock fuel tanks. The airplane landed with 790 pounds of fuel remaining. The trip was to demonstrate to potential customers in the Pacific region the long-range capabilities of the largest King Air model. 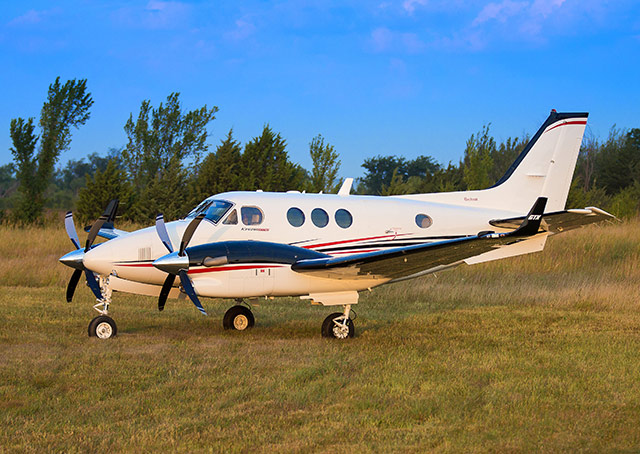 Contributor (former Editor in Chief)
Contributor and former AOPA Editor in Chief Tom Haines joined AOPA in 1988. He owns and flies a Beechcraft A36 Bonanza. Since soloing at 16 and earning a private pilot certificate at 17, he has flown more than 100 models of general aviation airplanes.
Go to Thomas B Haines's Profile
Topics: National Business Aviation Association, Aviation Organizations, Jet