Get the app Get the app
Already a member? Please login below for an enhanced experience. Not a member? Join today
News & Media Nomans returned to NAS

An uninhabited 612-acre island located three miles southwest of Martha’s Vineyard will no longer be used for target practice, nor any other military uses, and the FAA has published a final rule that will eliminate the associated restricted area above Nomans Land (also known as “No Man’s Land, No Man’s island, or No Mans Land).

The island remains closed to the public because unexploded ordinance dropped during its use as a bombing range from 1943 to 1996 poses a likely hazard. 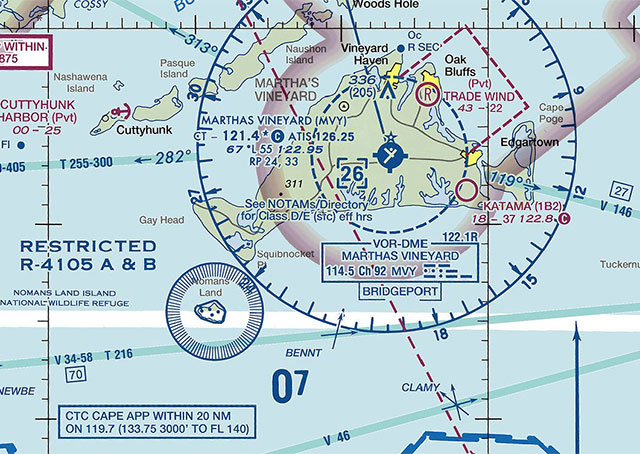 The U.S. Fish and Wildlife Service will take over management of the island, and aviators will no longer need to take the restricted area into account planning flights in the region that is particularly busy with general aviation activity during summer vacation season. The restricted area may still be active through Nov. 14, when the final rule takes effect.

AOPA leadership voiced appreciation for the return of airspace no longer needed by the military.