Get the app Get the app
News & Media Taildraggers to jet fighters, return to GA roots

School was out, and he hadn’t made the cut for the Pony League baseball team. So in the summer of 1954, Dean Stickell started riding his bicycle to Frederick Municipal Airport. He found a vocation, and a community that welcomed him into the fold.

“The guys at the airport adopted me,” said Stickell, who joined a flying club at 15, soloed on his sixteenth birthday, earned his private pilot certificate on his seventeenth and commercial on his eighteenth birthday, and by the time he joined the Air Force had about 750 hours.

When Stickell returned to Frederick after an accomplished military career, the Maryland airport that once had only a handful of aircraft had matured, he said: It had helicopter and fixed-wing flight schools, a full-blown FBO, a Frederick Community College facility, and at least 300 airplanes, he estimated. As an active member of the airport community and chairman of the airport commission for a period, he contributed to further changes in the years to follow.

Today the airport accommodates everything from ultralight gyrocopters to business jets and is home to AOPA and other businesses. While the face of the airport has changed, it still hosts an active pilot community that on Oct. 4 will welcome members to AOPA’s Homecoming Fly-In, a chance for pilots to get to know their association and mingle with fellow aviators.

Hanging on the fence

In 1954, the airport was still new: While the first aviation activity in Frederick was in 1911, it wasn’t until 1946 that construction began at the airport, and the field was dedicated in 1949. Stickell recalls that what is now Taxiway C was formerly the main runway, 1/19. Runway 12/30 was dirt then, he said, and 5/23 was about 3,800 feet. One small building housed the airport manager’s office and a snack bar, with a lobby where one could buy sodas, sectional charts, or books about training.

Stickell said his mother would fix him a sandwich for lunch, and then he’d ride out to the maintenance facility on the field and stay until the shop closed at 5 p.m. He’d ride home, eat, and return to the airport, where he’d sit at one of the benches by the administration building.

“If any of the local guys would go flying, hopefully I’d get a ride,” he said. On Stickell’s fourteenth birthday, a mechanic at the airport put him up front in an airplane for a flight that Stickell considers his first lesson. 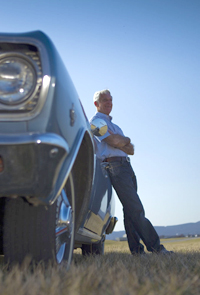 When he first started hanging out at the airport, Stickell remembers there were three aircraft tied down across from the shop in the grass: a yellow Civil Air Patrol Piper Super Cub, a Piper PA-12, and a Taylorcraft. At 15, the youth joined a local flying club that had an Aeronca Champ. It was $50 for a share, and rentals were $3 and then $3.50 an hour wet. Dick Green, an FAA examiner and airport manager, got to know Stickell and didn’t charge for instruction, so Stickell made enough to pay for his training by working weekends and summers, when he pumped gas and cooked hamburgers at the airport for $1 an hour.

Stickell lamented that rising costs make it more difficult for young people to learn to fly today, but he’s done his part since he returned to give today’s aspiring aviators a taste of flight. He stayed a member of a local flying club for a while after purchasing a Glasair III just because its Cessna 172 was more suited to Young Eagles flights. He also trained former Marine Sgt. Adam Kisielewski, an Able Flight scholarship winner, for his sport pilot certificate.

“Aviation’s been really good to me, and I learned by hanging on the fence,” he said.

The Glasair III in Stickell’s hangar bears a small nod to Stickell’s military career: a decal that reads, “Check six,” with the “i" formed by the outline of an F-16 Fighting Falcon. Photographs of the F-16 in various testing configurations line the wall of the hangar, along with a poster listing the pilots who logged 1,000 hours in the aircraft. First on the list is Stickell.

Earlier in his career, Stickell flew F-100s in Europe and Vietnam before returning to the United States to instruct in the aircraft. He then went to 104 Fighter Weapons School, which helped qualify him for an unexpected opportunity. He was home in Frederick on leave, he said, when he got a call that he needed to call the Pentagon.

Stickell was chosen as an operational pilot for the Air Force’s Lightweight Fighter program, which evaluated the YF-16 and YF-17 fighters, later adopted as the F-16 and F/A-18. He flew the YF-16 for the development program and later the F-16, becoming the first pilot to log 1,000 hours in the aircraft. He was in the first squadron of F-16s, at Hill Air Force Base; commanded the first wing of F-16s in Japan; and was a defense attaché in Australia before retiring as a colonel.

When he retired, he returned to the place where he got his start in aviation. The airport had grown, and continued to grow into the 1990s. At one time while he was chairman of the airport commission, there were 350 aircraft on the field, he said. During his time on the commission, new hangars were built, other improvements were made, and the city started planning for a tower that would come to the field in 2012 and an upcoming runway extension.

While airspace in the area may intimidate some pilots—a prohibited area over Camp David and the Washington, D.C., Special Flight Rules Area lie on opposite sides of the airport—Stickell said that Frederick is a great town, and attendees at AOPA’s Homecoming Fly-In may want to come back for a weekend.

For his part, he considers himself fortunate to discover the field—and a passion—at an early age.

“There are very few people that at 12 know what they want to do,” he said. 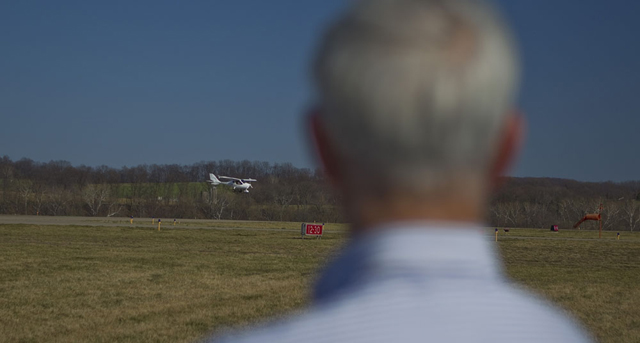 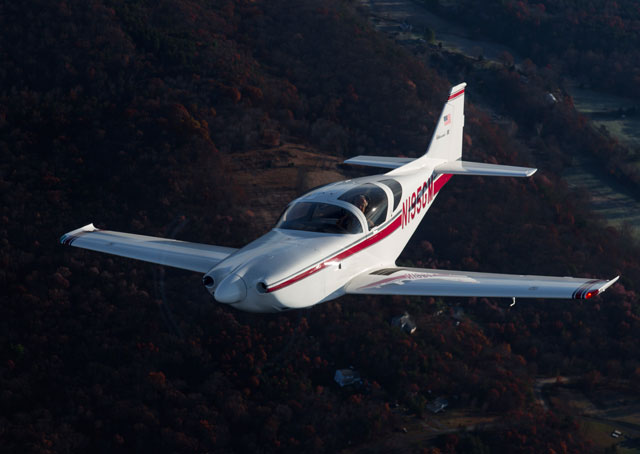