Get the app Get the app
Already a member? Please login below for an enhanced experience. Not a member? Join today
News & Media Hokie Flying Club: Promoting aviation, proficiency

The Hokie Flying Club, based at Virginia Tech Montgomery Executive Airport in Blacksburg, was created with the goal creating an interest in flying and providing members with the opportunity to stay proficient and continue learning at a low cost.

The club was founded in 1965 and one of its founding members, Cecil McBride, is still an active member today, said President Brandon Hedrick. “Cecil is also a DPE [designated pilot examiner] and has a wealth of knowledge to share with all of our members,” he said.

The Hokie Flying Club is based in the same town as Virginia Tech, but is not affiliated with the university, said Hedrick. “But most of our members have either attended, taught, or worked for the university at some point,” he said.

It is a big advantage to be based in a small town with a large college, said Hedrick. “The university attracts people from all walks of life, which is crucial to a club like ours,” he said. “Because we are nonprofit, we rely on the volunteering of all of our members to contribute in some way to keep the club business going and our airplanes flying. Our members range from students to business owners to retired professionals, so everyone has some expertise that they can contribute.”

Nineteen members have access to the club’s two aircraft, a 1976 Cessna 172M Skyhawk and a 1976 Cessna 177RG Cardinal, said Hedrick. “Being a nonprofit allows us to keep our costs as low as possible for all of our members,” he said. “I must mention, however, that we in no way compromise safety to save on cost.”

The Skyhawk is predominantly used for training and short local flights, and the Cardinal is available for members who would like to travel farther and faster than the 172 can fly, said Hedrick. “Our Cardinal also available for our members to get their IFR rating and complex and retract rating should they desire,” he said.

The buy-in for the club is a $400 deposit for the 172 and an additional $400 for those who want to fly the 177, said Hedrick. “Because they are deposits, they can be refunded if a member leaves,” he said.

Monthly dues are $46, which covers some fixed expenses, with the rest built into the wet rate of the fleet, said Hedrick. “We bill based off tach, and right now, the 172 rate is $90 an hour wet. The Cardinal’s rate is $100 an hour wet, both of which are really reasonable,” he said.

The club also encourages members to fly by billing each person for two hours of flying time a month, said Hedrick. “It’s in their best interest to fly and keep current. If they don’t, the hours are rolled over,” he said.

Since the club’s goal is to help members current and keep their love of aviation going, costs are kept as low as possible, said Hedrick. “We have come under attack with some saying our rates are too low, and that we can’t turn a profit,” he said. “I tell them we must be doing something right because we’re still going after 50 years.”

The club offers flight instruction and has two members who are instructors, said Hedrick. Flight instructors charge $30 an hour, and about a half-dozen additional local instructors are approved to teach in club aircraft, he added.

Members have access to different types of nonflying events, said Hedrick. “As situations arise, our maintenance team will invite interested members to come and learn how to perform basic maintenance tasks such as changing the [aircraft] oil and tires,” he said.  “Also, we do our best to invite guest speakers to our monthly Club meetings to present various topics of interest.  For example, we were fortunate to have a meteorologist from the National Weather Service come to our meeting and talk weather with us.”

Hedrick said that having officers with diverse backgrounds has been key for the Hokie Flying Club’s survival.  “Regardless of whether you’re a for-profit or nonprofit, a club is fundamentally a business that needs to be managed as such,” he said. “Our officers and membership include mechanically savvy members, fiscally savvy members, and other members who are good at thinking through and solving problems,” he said. “Having a diverse group is good because we all see things just a little bit differently, so as issues arise, multiple points of view can be expressed and evaluated.” 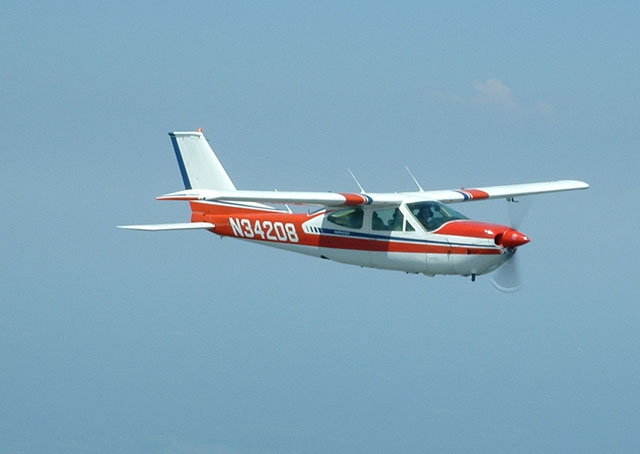