Get the app Get the app
AOPA Members DO more LEARN more SAVE more - Get MORE out of being a pilot - CLICK HERE
News & Media Briefing: Spokane Fly-In

GA is alive and well in the Pacific Northwest

“I want to spend every day here!” cried a small boy as the fourth 2014 regional AOPA Fly-In in Spokane, Washington, came to a close at Felts Field (SFF) on Saturday, August 16. 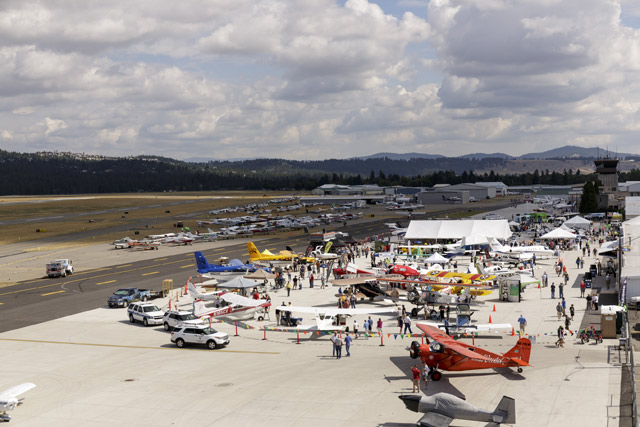 “I want to spend every day here!” cried a small boy as the fourth 2014 regional AOPA Fly-In in Spokane, Washington, came to a close at Felts Field (SFF) on Saturday, August 16.

If AOPA is making a successful run at promoting a grass roots return to flying, it certainly was evident here. Children played on aviation-themed playground equipment, families marveled at the aircraft on display, and friends new and old enjoyed a beautiful day at the airport on a picture-perfect day.

“This is a great event and a great day,” said EAA Chapter 79 President Jack Hohner. “It shows that general aviation is alive and well and flourishing—especially in Spokane.”

The message of general aviation—the freedom to fly and AOPA’s mission to protect that—resonated in Spokane. AOPA President Mark Baker received great applause for his Pilot Town Hall in which he celebrated victories such as ending unnecessary Customs and Border Protection searches, flying clubs, and forward-moving action on the AOPA/EAA third class medical reform.

Members sought out the petition for third class medical reform and signed it in record numbers. Baker said he was confident there would be more than 12,000 signatures by year-end. “Upward of 1,000 signed the petition today,” said AOPA Alaska Regional Manager Tom George. “Most felt that reform is way overdue. We had many stories of pilots with medical conditions that allowed them to fly, but the cost of testing and delay in issuing certificates was keeping them from the freedom to fly.”

Spokane by the numbers 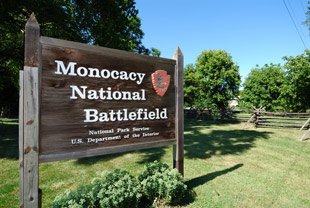 Frederick, Maryland, has been home to The Star-Spangled Banner lyricist and a symbol of Union resolve during the Civil War. It’s also home to the world’s largest general aviation association, which is inviting pilots to the AOPA Homecoming Fly-In October 4.

Perhaps Frederick’s most famous resident, Francis Scott Key, made history in 1814 when the attorney penned a poem that would later become the national anthem. A bronze statue of Key stands in memorial at the city’s Mount Olivet Cemetery, which planned a two-day event for September on the 200th anniversary of the Battle of Fort McHenry and the writing of The Star-Spangled Banner.

The cemetery also houses the gravesite of Barbara Fritchie, the heroine of a John Greenleaf Whittier poem crediting her with flying the Union flag in defiance of Confederate troops who marched through town on the National Road.

Frederick’s location in a border state and along the National Road and railroad put it at the heart of the Civil War, and now it draws visitors for its rich history and proximity to major battlefields at Antietam and Gettysburg, Pennsylvania.

Frederick Municipal Airport (FDK) is located just miles from a vibrant downtown.Aviation at Frederick began in 1911 when Lt. H.H. Arnold—who would later become commanding general of the Army Air Forces during World War II—and co-pilot Capt. Charles Chandler flew here from College Park, Maryland. Construction on the airport began in 1946, and it was dedicated in 1949. Pilot Dean Stickell recalls riding his bicycle out to the airport as a child in the summer of 1954 when facilities on the field included one small building, a small ramp, and one or two hangars. Now the airport is towered and accommodates everything from gyrocopter operations to business aviation and houses helicopter and fixed-wing flight schools, an FBO, a state police aviation unit, and a restaurant.

AOPA hosted its first fly-in and open house in 1991, with about 125 aircraft. By the tenth annual event, an estimated 6,500 people turned out and 760 aircraft flew in After a five-year hiatus, the Homecoming Fly-In renews an AOPA tradition of opening the association’s doors to members. After months of meeting members where they fly, AOPA is inviting members to come home. 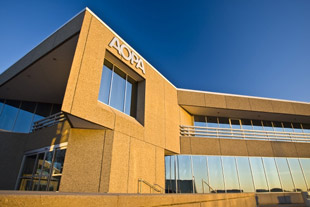 When AOPA Senior Member Services Representative Charles Lehman takes members on a tour of association headquarters, he tries to make sure they understand one important thing: It’s all for them.

Whether they’re fielding questions about medical certification or membership needs, developing free safety products for pilots, writing about or filming the latest general aviation news—or advocating for pilots across the country—AOPA employees are focused on the members.

“We wouldn’t be there without them,” explained Lehman. Members can arrange for tours of AOPA’s Frederick, Maryland, headquarters on weekdays year-round.

At Frederick, two call centers help members with questions about their membership and medical, legal, and aviation concerns. Between calls and emails, AOPA’s member services department and Pilot Information Center have a combined 270,000 interactions with members a year. Across the hall, the AOPA Foundation’s Air Safety Institute develops free safety education such as online courses, videos, quizzes, in-person seminars, and more. These products, funded by donations to the AOPA Foundation, are available to all pilots, reaching the pilot community more than one million times each year.

Members are sometimes surprised to see familiar faces in the hallways, having grown accustomed to seeing AOPA Editor in Chief Tom Haines and others on AOPA Live This Week. A wall lined with AOPA Pilot magazine covers gives visitors a look back at years worth of general aviation news and features.

Visitors always have questions for AOPA’s government affairs staff, Lehman said. This group, which also has a satellite office in Washington, D.C., represents pilots’ interests on issues from state tax laws to border security. Across the country, a network of volunteers helps support the association’s efforts to protect airports through the Airport Support Network.

Attendees at AOPA’s Homecoming Fly-In October 4 will have an opportunity to tour the association’s headquarters while they’re on the field for a day of aviation fun. “This is more your house than it is ours, even though we work here,” Lehman said.