Television show Air Fare America, currently in development, has hired a casting director to find a pilot, a chef, and a picker/hangar rat to be program hosts. The show, in development for three years, is scheduled to air in 2015.

The show’s creator is Andréa Vernot, who has a strong marketing background. “I am not a pilot or a foodie, but I am an advocate for general aviation,” she said. “We had to ask if we could create a show where we could have fun and make a little money. We also needed to create a business plan and find investors.”

The show is looking for an enthusiastic, adventure-seeking pilot who is experienced and highly rated with a desire to fly or operate anything that goes airborne; a skilled chef who is  outgoing and personable and has a desire to explore interesting airport restaurants and challenge the local chef’s menu with a new, tasty signature dish; and a picker/hangar rat who is knowledgeable and passionate with a desire to uncover aviation gems and hidden treasures found in small airports across the country. On-camera experience is a plus; males and females of all ages and backgrounds will be considered.

Ads for casting will appear in AOPA’s Aviation eBrief, Flying magazine, and Variety magazine, said Vernot. “Once we narrow it down to 15 people, we’ll present it to the network to choose the cast, start working on the pilot episode outline, and continue fundraising to retain creative control of the show,” she said.

AOPA members and aviation enthusiasts should watch the show because they will see themselves in every aspect of it, said Vernot. “It will rekindle the passion of why they wanted to fly in the first place,” she said. “It will inspire them to fly more and serve as a visual Pilot Getaways magazine. We want to introduce the country to the gems that locals have known about and enjoyed for decades.” 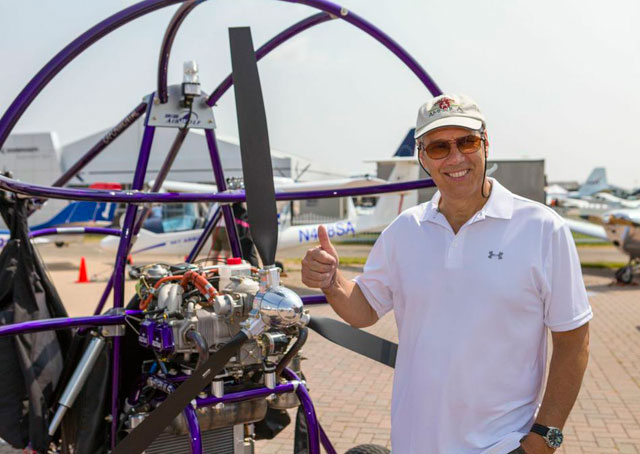