Get the app Get the app
AOPA will be closed July 4th, in observance of the Independence Day holiday. We will reopen at 8:30 am ET on Tuesday, July 5.
News & Media CJ3+ certified

The Cessna Citation CJ3+ is cleared for U.S. delivery. Cessna Aircraft announced Sept. 5 that the FAA has awarded a type certificate for the update of the popular CJ3 light jet, noting quick progress—an interval of less than six months between certification and the new model’s announcement in March.

“The CJ3+ incorporates the latest in technology for the cockpit and for the passenger cabin which is exactly what the customer has asked us to do, and that has always been a hallmark of Cessna’s new product innovations,” Hines said. 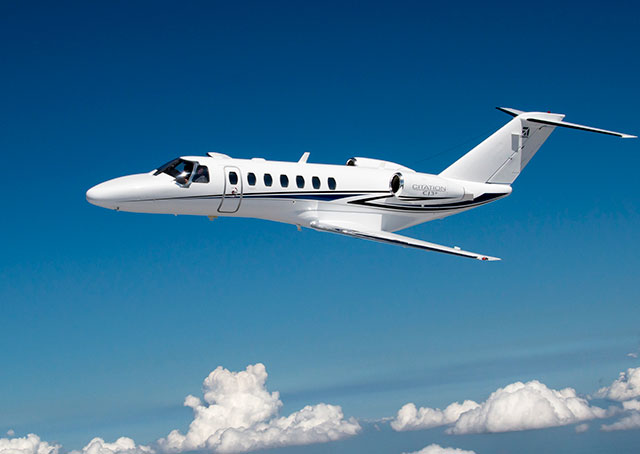 The new CJ3+ was reviewed in detail in AOPA Pilot, and includes several upgrades designed to reduce pilot workload and enhance comfort. The Rockwell Collins Pro Line 21 avionics of the CJ3 have been replaced with a Garmin G3000 suite, which also reduces cockpit complexity by controlling pressurization, lights, system testing, and other key functions. With seating for up to nine, the CJ3+ is certified for single-pilot operation.

The updated light jet is priced just under $8.5 million with typical equipment, and has a range of 2,070 nautical miles.

The CJ3+ is one of four new Citation models certified in the past year. The Citation Latitude is expected to follow in the second quarter of 2015.