Get the app Get the app
AOPA Members DO more LEARN more SAVE more - Get MORE out of being a pilot - CLICK HERE
News & Media Aircraft maintenance: Mystery upgrades and opportunities

A friend of mine contacted me recently regarding the legality of an undocumented modification to her aircraft. She’s nearing the end of a restoration project on a Cessna 170 and something didn’t seem right regarding the front seats.

In her aircraft, the front seat bottoms and support structure match other, similar Cessna 170 seats. However, the seat backs do not.  Instead of being short and rounded like other 170 seats, these seat backs are tall and square. Adding to the concern is the fact that these “mystery seats” interfere with the window latch when the seat is positioned where she would need it for comfortable flying.

Given the fact that the current seat backs aren’t working out well anyway, it seems that the best solution is to find the correct parts and get the seats back into their original configuration. However, it certainly begs the question: What’s legal when it comes to a modification of this kind? After all, there are many cases where upgrading to a newer seat style may be very desirable.

The starting point in any analysis of a potential aircraft modification is to answer the question: Is this a major alteration or a minor alteration?  This is a complex topic unto itself that we will be exploring in an upcoming article. But, if we over simplify, the bottom line is that major alterations require approved data, a 337 Form and the associated FAA review while minor alterations only require acceptable data and a logbook entry by your mechanic.

So, let’s get back to those seats.  As soon as she explained the situation, I asked her to check and see if the new seats were actually from a later model Cessna.  And here’s why:  In most cases, modifying any aircraft with parts or components from a later model aircraft is automatically a minor alteration. Why? Because the very definition of a major alteration is based on making a change that is not part of the type design of the aircraft.

The type design is essentially the type certificate; how the aircraft was certified.  So, if you are retrofitting something already covered under the type certificate of that aircraft, chances are that it can be done as a minor alteration.  That certainly does not apply in all cases, and I would also point out that it is incumbent on the mechanic to ensure that the work is done in exact accordance to the drawings and details of how the item was installed and supported in the later model.  Upgrading only part of a seat in a way that the factory never shipped, for example, would certainly not be justified using the type certificate logic.

Now, all of this is a massive over-simplification of a very complex and often contentious issue.  So, I’ll ask that some readers hold their fire until we can explore the issue in more depth next time.  But the essence of my message is that there are many alterations and improvements that can be done legally to older aircraft to improve them with some of the benefits of newer aircraft under the same type certificate.  It must be done properly and completely as it was done on the later models, but it can be done.  And, it doesn’t always have to be an FAA exercise involving 337 field approvals.  Seat upgrades, seatbelts, and other safety upgrades using hardware from later models are all upgrades I’ve seen done by several well respected shops as minor alterations.

The FAA has endowed licensed A&P mechanics with a significant amount of responsibility to interpret the regulations and use their skills and knowledge to safely maintain, repair, and alter aircraft. Unfortunately, it seems that fewer and fewer mechanics are comfortable using those skills to their full extent, for fear of crossing the FAA if their interpretations don’t match.

With the amount of aircraft being retired weekly to the boneyards comes an opportunity to upgrade the existing fleet of older aircraft with some of the enhancements of later model years to improve reliability, convenience, and safety.  So, I’d like to give a nod to those mechanics who take on those efforts to improve and upgrade our aging aircraft using minor alterations.  Let’s make sure we all exercise the rights and responsibilities granted to us by the FAA, lest we lose them someday! 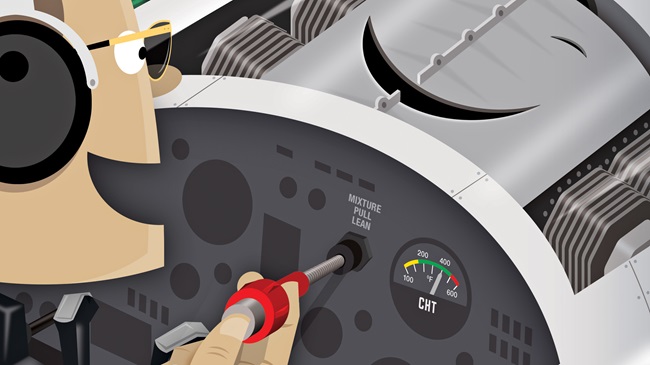