AOPA is asking the FAA to be more flexible when it comes to determining what constitutes acceptable use of airport hangars. In formal comments filed Sept. 18, the association urges the FAA to expand its definition of “aeronautical use” and to give the owners of private hangars more freedom to use them as they wish.

The comments were filed in response to proposed updates to the FAA’s policy on the nonaeronautical use of hangars. While those updates would move away from the “sterile hangar” approach, AOPA says the changes do not go far enough.

AOPA has been engaged on the issue of hangar use for many years and was one of several groups to ask the FAA for clarification to its policies after uneven enforcement caused confusion and frustration at airports nationwide.

“This issue is important to our members who want common sense to govern what constitutes an aeronautical use of hangar space,” said Jim Coon, AOPA senior vice president of government affairs. “While we agree that hangars should be used primarily for aeronautical purposes and we appreciate the FAA’s attempts to clarify its rules, we ask that the agency go a little further to ensure the final policy reflects the practical realities of general aviation flying and ownership.”

“Building an aircraft, next to actual flight, is possibly the quintessential aeronautical experience,” AOPA writes, adding that the association strongly supports homebuilders and noting that AOPA members were surprised to learn that the FAA takes the position that building an aircraft is not an aeronautical use and is therefore not an appropriate use of a hangar.

Although the FAA’s proposed policy update would soften its position to allow final assembly of an aircraft in a hangar, AOPA is asking the FAA to reclassify the entire construction process “from the time the first component is laid out and fastened to another, until the aircraft rolls out the door of the hangar ready for its first flight” as an aeronautical use.

The association is also asking the FAA to treat privately owned hangars, built without the use of federal or airport funds, more like other types of private property. Many hangar owners view these spaces an extension of their homes, where their activities should not be subject to excessive scrutiny, and AOPA agrees.

“If private hangar owners have an aircraft in their hangar, the FAA and airport sponsors should afford a wider degree of latitude in use, consistent with their lease, airport minimum standards for commercial aeronautical activities, and local building codes,” AOPA writes. “The primary use of the hangar must be aeronautical in nature and the non-aeronautical uses should not hinder that.”

AOPA also wants the FAA to allow hangars to be used for a range of aviation-related items and activities that are not explicitly permitted under existing policy. These include allowing parachutes to be packed and stored in hangars along with training equipment and other items used in skydiving.

The association wants similar consideration given to gliders and balloons, both of which should be allowed to be stored in airport hangars. And, AOPA says, it makes sense to store seasonal aircraft equipment, like skis, floats, and wheels, in the hangar with the aircraft itself. AOPA argues that this, too, should specifically be considered an aeronautical use. 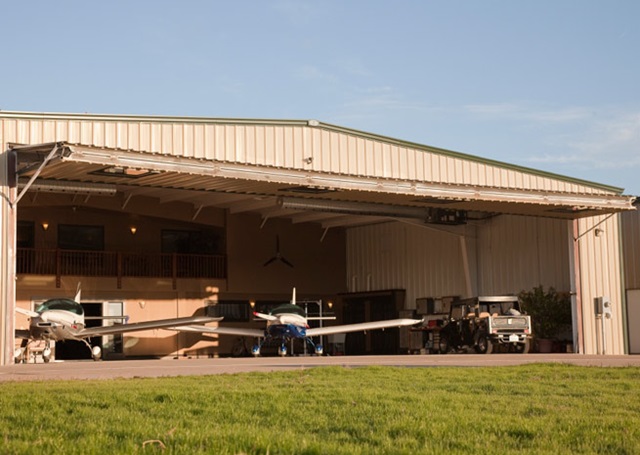