AOPA is strongly supporting an emergency rulemaking proceeding that will allow the Oklahoma Aeronautics Commission to finalize rules for marking meteorological evaluation towers. The towers can be hard for pilots conducting low-level flight operations to see, and have been implicated in a number of accidents.

The aeronautics commission held a public hearing Sept. 16 at the end of the comment period on its proposal. The rulemaking resulted from legislation passed this spring to authorize the commission to promulgate rules ensuring that meteorological evaluation towers 50 feet high or higher—also known as anemometer towers—"are marked for clear visibility and to establish a data base of anemometer tower locations throughout the state."

While the FAA requires the marking of towers more than 200 feet high, meteorological evaluation towers
do not fall under its mandate. A collision with such a tower in Oklahoma claimed the life of an agricultural pilot in August 2013—an accident similar to several cited by the National Transportation Safety Board in calling for states to require the towers to be made more visible. The structures are typically set up without safety markings by energy companies to assess a location’s suitability for the construction of wind-powered energy installations. Their appearance usually occurs without notice to the local aviation community.

At least 12 states have acted to make the towers more visible, and others are "actively pursuing legislation," said Yasmina Platt, AOPA Central/Southwest regional manager, in formal comments submitted to the aeronautics commission.

"As the wind energy industry continues to expand, we also anticipate an increase in the deployment of [the] towers. These towers pose a particularly concerning hazard to low-altitude aviation operations, such as aerial applicators, emergency medical flight crews, aerial firefighting crews, fish and wildlife teams, military pilots and a number of others conducting legal low altitude aviation missions," she wrote on behalf of AOPA’s 4,200 members in Oklahoma. "This is our opportunity to be proactive and prevent [meteorological evaluation] tower-induced accidents from happening in the future."

The aeronautics commission staff is expected to present the panel with a draft final rule on which to vote Nov. 13, said Platt.

Platt credited the efforts of Oklahoma lawmakers including Sens. Charles Wyrick (D-District 1) and Ron Justice (R-District 23), and Reps. Doug Cox (R-District 5) and Don Armes (R-District 63) with moving the safety legislation forward. She also expressed appreciation for the cooperation of the aeronautics commission’s staff during the rulemaking phase.

A prior version of the tower-marking bill was vetoed by Gov. Mary Fallin, who objected to provisions for criminal penalties for failures to comply. On May 28 she signed a revised version that relies instead on administrative measures and civil penalties to enforce its provisions. 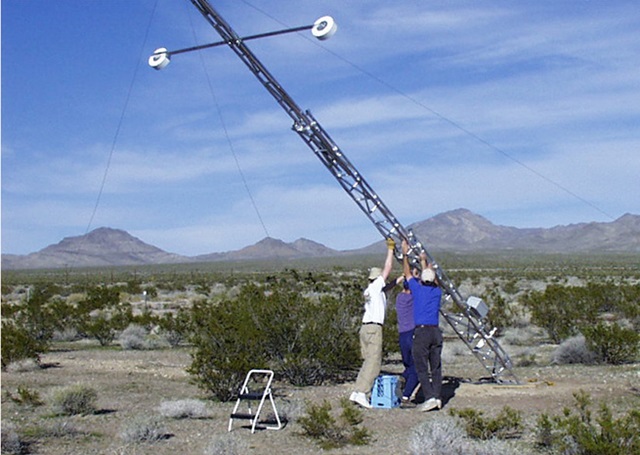 Dan Namowitz has been writing for AOPA in a variety of capacities since 1991. He has been a flight instructor since 1990 and is a 35-year AOPA member.
Go to Dan Namowitz's Profile
Topics: Obstruction Hazards, Advocacy