Get the app Get the app
Already a member? Please login below for an enhanced experience. Not a member? Join today
News & Media Rokita: Medical reform will happen 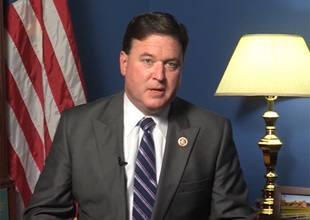 As momentum builds for the General Aviation Pilot Protection Act, a co-author of the bill expressed optimism on AOPA Live This Week that medical certification reform will happen, either by FAA rulemaking or legislation.

Rep. Todd Rokita (R-Ind.), an AOPA member, said in the Sept. 18 episode that efforts to reform the third class medical are moving forward: Additional co-sponsors have signed on to the bill, which would lift the burden of the third class medical from many pilots, and the FAA has promised rules addressing medical reform. Lawmakers will “keep up the flank” to make sure reform happens, he said.

As of Sept. 22, the number of co-sponsors of the General Aviation Pilot Protection Act in the House had reached 150. Rokita said pilots can help grow the number in the House and garner support in the Senate by calling, emailing, or writing their representative and senators.

At latest count, the Senate version of the bill had 20 co-sponsors. Rokita said that AOPA members can identify if their members of Congress are co-sponsors of either bill online, and encouraged pilots to focus on those elected officials who have not yet signed on as co-sponsors, and said that they may also want to thank those who are co-sponsors.

As the legislation moves through Congress, the FAA’s proposed rule in response to an AOPA/Experimental Aircraft Association petition for medical reform has been passed from the FAA to the Department of Transportation and now the Office of Management and Budget. Rokita signed on to two letters to Transportation Secretary Anthony Foxx in August, one with Rep. Sam Graves (R-Mo.) and Sen. Mark Begich (D-Alaska) and another with other members of the General Aviation Caucus, urging the department to expedite the rulemaking process.

“Hopefully the FAA sees that this is a commonsense measure. This is about safety. This is about the economy. This is about getting more pilots back into aviation again, and we have data to back it up. Ten years of experience in the light sport aircraft certification arena shows that we don’t need to have this third class medical regulatory regime to have safety.”

Calling the change a “win-win for everybody,” Rokita explained that the FAA could direct its focus to more important matters and there could be more, safer pilots.

Rokita said that he and other lawmakers will keep the pressure up on the rulemaking process, but noted that even if the FAA proposed rules aren’t what pilots want, the legislative effort continues.

“I am confident,” he said. “And if these rules aren’t exactly what we want, or not nearly what we want, we have the ability to comment and change them. And then we’re going to keep this legislation up in case it’s not what we want, or in case they decide not to do anything,” which he said he didn’t believe was the case. He added that lawmakers would keep up the effort into the next Congress if they have to.