Get the app Get the app
AOPA will be closing at 3:15pm ET Thursday, December 1st. We will reopen Friday morning at 8:30am ET.
AOPA Members DO more LEARN more SAVE more - Get MORE out of being a pilot - CLICK HERE
News & Media Sun 'n Fun scraps splash-in due to high water 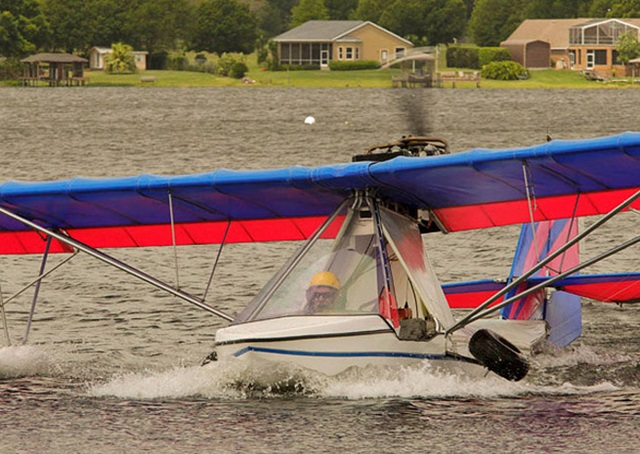 Seaplanes love water, but it turns out there can be too much of a good thing when it comes to Lake Agnes, the would-be home of the Seabird Splash-In during the upcoming Sun ’n Fun International Fly-In and Expo.

In effect, the seaplane event has been rained out weeks in advance: Organizers announced April 1 that the seaplane splash-in has been called off because the lake has risen more than two feet above normal after months of heavy rain, making conditions potentially dangerous by concealing obstructions and making approaches to dry land shallow and difficult. The dock and ramp at Kermit Weeks’ Fantasy of Flight, which has supported the seaplane event in previous years, also have been rendered unusable by the high water.

Organizers are working on alternative activities for seaplane enthusiasts, and an April 25 dinner in the Seabird area will precede the Saturday night airshow and fireworks.

“Though we sincerely regret having to make this decision, we always put safety first and foremost,” said Sun ’n Fun President and CEO John R. Leenhouts, in a news release.