Get the app Get the app
Already a member? Please login below for an enhanced experience. Not a member? Join today
News & Media SuperSTOL stretched 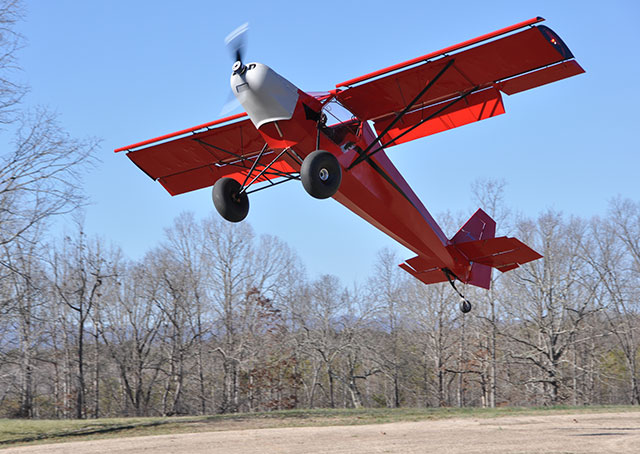 Already a popular kitplane among those with a yen for backcountry flying, the Just Aircraft SuperSTOL is getting a stretch— two and a half feet of extra fuselage that will allow installation of more powerful engines.

The SuperSTOL Stretch XL performed well in the first phase of flight testing, and the Walhalla, South Carolina, company plans to debut the new model at the Sun 'n Fun International Fly-In and Expo in Lakeland, Florida, April 21 through 26.

Contract test pilot Harrison Smith reported in a company news release that the 180-horsepower UL Power 520i engine (also new to the market) increased climb and cruise performance of the original SuperSTOL (the SuperSTOL Stretch XL will climb with that powerplant at 3,000 feet per minute, and cruise at 109 mph at 2,600 rpm).

“The additional length in the Stretch XL provides handling similar to a high horsepower Super Cub,” Smith said in the news release. “What’s really nice is that the UL Power 520 can burn [automotive gasoline] with up to 15 percent ethanol. The fact that the engine has six cylinders virtually eliminates vibration.”

The fuselage was extended by two feet aft, and six inches in the forward section, all in the name of accommodating heavier engines.

The Stretch XL will be priced $4,800 above the standard SuperSTOL kit, which retails for $41,700 for all components from the firewall aft, according to the company website. The company reported through a spokesman that Stretch XL production is underway, with an expected lead time for deliveries of four to six weeks.

AOPA put the original SuperSTOL through its paces in 2013, getting a firsthand look at its impressive short-field capabilities. At the extreme end of its short-field capability, it can land in as little as 40 feet at 25 mph with a 30-degree nose-up attitude, stick full aft and power at idle. Heavy-duty shock absorbers cushion the impact. The Stretch XL fitted with the UL 520i has achieved landing speeds just a little faster—in the low 30 mph range, according to the company—with a ground roll of 75 feet.