Get the app Get the app
Already a member? Please login below for an enhanced experience. Not a member? Join today
News & Media Pilot Briefing: Fly-Ins

Salinas Municipal Airport is 45 nm south of San Jose, California, and 70 nm from San Francisco and the area offers enough activities to fill a weekend. 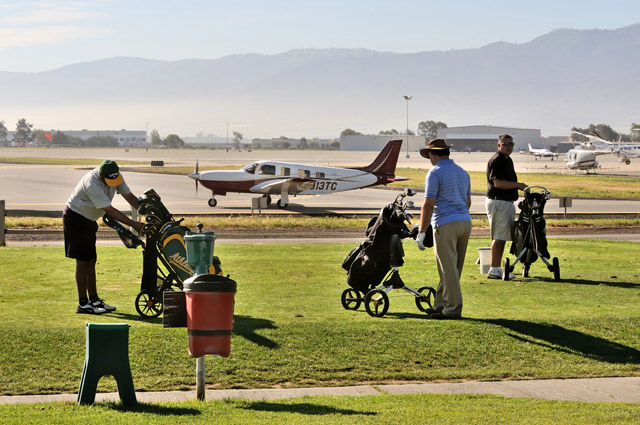 Salinas Municipal Airport is 45 nm south of San Jose, California, and 70 nm from San Francisco and the area offers enough activities to fill a weekend.

Salinas’ first airport opened in 1929, after World War I Legionnaires built it on 53 acres they purchased for $15,000. 1n 1940, ranchland was purchased east of town for a new airport, which became Salinas Army Air Field in 1941. Primarily used to train observation pilots, bomber training also was done, and P–38s based there were used for coastal patrols. After World War II, the facility was transferred to the city.

“This airport is perfectly situated for an event like the AOPA Fly-In,” said Airport Manager Brett Godown. He expects more than 400 aircraft and 1,000 vehicles—to be parked only steps away from the static display and the fly-in’s main stage.

The Salinas Valley is known as the nation’s salad bowl. “Salinas is known for its produce,” Godown said. “Seventy percent of the U.S. produce comes from the Salinas Valley.” Several large agricultural firms base aircraft at Salinas.

Pulitzer Prize-winning author John Steinbeck was born in Salinas, spending his childhood in the Victorian house at 132 Central Avenue; the historic downtown, known as Oldtown Salinas, is home to the National Steinbeck Center.

A golf tournament is planned by the Monterey Bay Ninety-Nines on Friday at the Salinas Fairways Golf Course, and AOPA’s Barnstormers Party—with a barbecue and screening of Living in the Age of Airplanes—takes place Friday evening.

RSVP NOW: www.aopa.org/fly-ins
AOPA’s next Fly-In is May 16 at Salinas Municipal Airport (SNS) in California.

Landing at the Zone 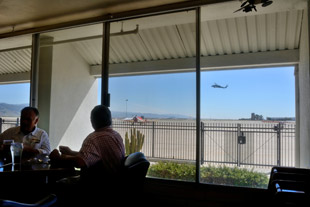 Join us: AOPA Fly-In takes place at Salinas Municipal Airport (SNS) on May 16. RSVP online to join us.

Customers touching down at the Landing Zone Restaurant, located on Salinas Municipal Airport (SNS) in Salinas, California, are as likely to come from the city or the surrounding agricultural businesses as they are to be pilots.

The restaurant’s tall glass windows, facing the transient ramp, provide an open, airy feel. Inside the décor includes the requisite aviation art, detailed aircraft models, and a constant-speed propeller. Outside, the contrails of jets transiting the California coast linger in deep blue skies and then slowly dissipate.

Located in what was the terminal building’s arrivals area when Salinas had commercial service, the restaurant has been there for 11 years, said Helen Klimas, who owns the business with her husband, James. He is the chef and she waits tables and keeps the books.

Pilots are an important part of the customer base, and Saturdays usually bring the most fly-in traffic. “Sometimes during the week we see a lot of pilots. It can depend on the weather. We get a lot of people from agriculture here, as well.”

The restaurant is open for breakfast and lunch, daily except Sunday. Pilots can always call the restaurant to confirm operating hours. The Landing Zone Restaurant is located at 40 Mortensen Avenue in Salinas, California; telephone 831-758-9663.

Special screening of ‘Living in the age of airplanes’ 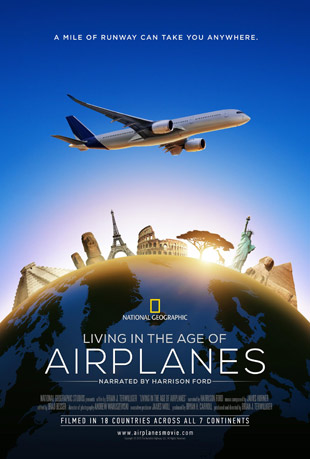 Filmmaker brian J. Terwilliger, creator of the aviation classic One Six Right, will introduce his new film, Living in the Age of Airplanes, at the AOPA Fly-In at Salinas Municipal Airport in Salinas, California, this month.

Living in the Age of Airplanes weaves together the profound ways that aviation has transformed our lives. It takes audiences on an epic journey through 18 countries and across all seven continents as it presents a unique perspective on how the airplane has changed the world. The film is narrated by actor and pilot Harrison Ford and features an original score by Academy Award-winning composer and pilot James Horner (Titanic, Avatar).

National Geographic Studios, distributor of the film, is releasing the movie worldwide on April 10, 2015. Living in the Age of Airplanes is now playing in select theatres nationwide, including the Lawrence Hall of Science in Berkeley, California, and the Tech Museum of Innovation in San Jose. AOPA’s special screening takes place Friday night, May 15. Terwilliger will introduce the film and host a discussion after the show.