Get the app Get the app
AOPA will be closing at 2 pm ET on Friday, July 1, in observance of the Independence Day holiday. We will reopen at 8:30 am ET on Tuesday, July 5.
News & Media Training Tip: Aware in the air

Training Tip: Aware in the air 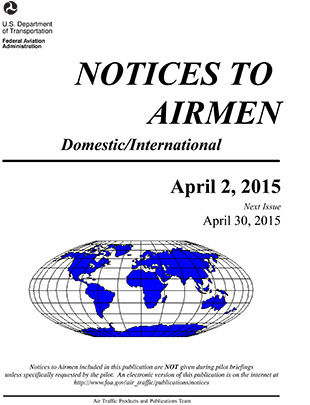 It’s a good day to fly. The weather is perfect for takeoffs and landings, and the destination airport’s automated weather broadcast has dropped yesterday’s remark about the runway being closed.

Instructors caution student pilots to check notams carefully during flight planning, and to check again during the final weather update before takeoff. Notams can be issued with little warning, and existing notams can be updated abruptly.

Students also learn that not all notams are automatically provided in telephone or online briefings. Notams that are already published in the FAA’s Notices to Airmen publication (issued most recently April 2, and published every 28 days)  may have been deleted from telecommunications distribution when published.

The pilot who concluded that a runway-closure notam was no longer in effect because it had been dropped from the airport’s AWOS broadcast and because there were no closure markings, such as an X on the runway, was mistaken.

“A notam was in existence that accurately reflected the closure but the AWOS only indicated the airport would be closed through the previous day,” said the synopsis of a report the pilot filed with the Aviation Safety Reporting System after being contacted by the FAA about using the closed runway. Know the reliable sources of notam information!

There are many other reasons to check and recheck notams before a proposed flight. Temporary flight restrictions can “pop up” with little notice and can be issued because of VIP travel, to restrict access to airspace over a natural disaster, or to clear airspace over a sporting event or major public gathering. The FAA often issues flight advisories reminding pilots to check the TFR’s status frequently.

Notams also are used to notify pilots of activity in military operations areas. These notams may not appear until shortly before the airspace becomes active (and activation may occur at times other than published times of use). For example, in September when an expanded area of special-use airspace will take effect over four western states, notams will announce all training activities in the complex, and will announce “training activities scheduled outside of published times of use no later than four hours in advance of use.”

That certainly qualifies as need-to-know information if your flight will take you into or near the active airspace.

Dan Namowitz has been writing for AOPA in a variety of capacities since 1991. He has been a flight instructor since 1990 and is a 35-year AOPA member.
Go to Dan Namowitz's Profile
Topics: Notams, FAA Information and Services, Airspace