Get the app Get the app
AOPA Members DO more LEARN more SAVE more - Get MORE out of being a pilot - CLICK HERE
News & Media Baker works to simplify U.S., Mexico border-crossing flights

Simplifying border crossings, ensuring that fees are applied consistently and pilots have a way to pay them, and allowing general aviation aircraft to continue operating in Mexico without 406-MHz ELTs were among the key topics during a recent meeting between AOPA President Mark Baker and the newly confirmed Mexican Civil Aviation Authority General Director Gilberto Lopez Meyer. The Mexican Civil Aviation Authority is the country’s equivalent of the FAA.

“We all want to make it easier for general aviation aircraft to travel to and from Mexico,” said Baker. “Mr. Lopez Meyer is a longtime pilot and general aviation supporter and we appreciate his willingness to meet with us so soon after taking office. We had a very productive discussion about how we can improve cross-border cooperation and create a better environment for GA while boosting tourism.”

Regulatory changes instituted on both sides of the border in recent years have led to a reduction in GA traffic between the United States and Mexico. AOPA has been working to ease the impact of these changes while bringing attention to the concerns of U.S.-based GA pilots.

During the March 27 discussions, Lopez Meyer recommended extending the existing exemption that allows private aircraft to fly in Mexico without installing a 406-MHz ELT. That exemption is set to expire June 15, but Lopez Meyer suggested extending it for another three years. AOPA requested an extension to give new, less expensive technologies a chance to prove their value and possibly serve as substitutes for the costly 406-MHz ELT.

AOPA also emphasized the need for uniform and transparent information about fees and charges at Mexican airports, noting that overtime and extraordinary fees are applied inconsistently at different airports and times. The Mexican Civil Aviation Authority and immigration officials agreed that increased coordination and information sharing could help prevent such issues.

Other topics of discussion included challenges with obtaining multiple entry permits and the need to create a way for pilots to be notified when they have incurred airspace fees and to pay them without requiring the assistance of a third party with access to a local bank account. Mexican officials agreed to work with AOPA and others to mitigate all of the issues.

AOPA also raised the need to create a public advanced passenger information system (APIS) portal and provide confirmation that the information has been received. The association invited Mexican authorities to join the United States and Canada in finding ways to simplify and coordinate APIS filings, including the possibility of sharing APIS information.

“There’s much more to do, but we’ve had the opportunity to bring our concerns to the attention of Mexico’s top aviation authorities, and they have expressed strong interest in working together to improve cross-border operations,” said Baker. “We’ll continue to follow up on these discussions and ensure that we sustain the momentum generated by these talks.” 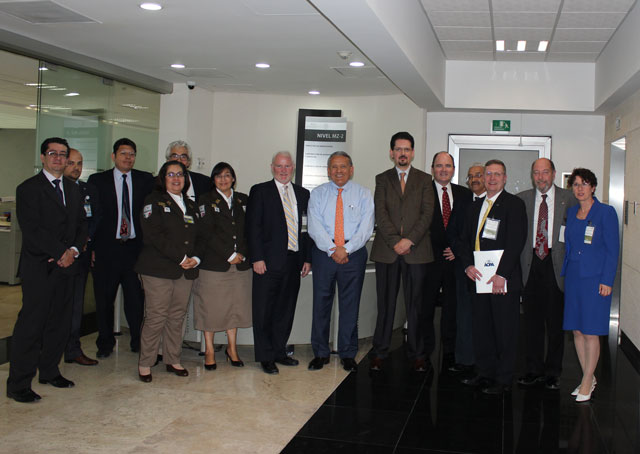