Get the app Get the app
Already a member? Please login below for an enhanced experience. Not a member? Join today
News & Media 'Living in the Age of Airplanes' premieres at Air and Space Museum

Living in the Age of Airplanes, a documentary described as “a love letter to airplanes and what they mean to us,” premiered April 8 at the Smithsonian National Air and Space Museum in Washington, D.C.

The 47-minute film, directed by Brian J. Terwilliger, presents a tapestry of aerial footage and nature photography to illustrate how aviation has connected the world. Actor and pilot Harrison Ford provides the narration. The film presents its narrative in five discrete chapters, showing images from the Antarctica, Amsterdam, the Maldive Islands, Alaska, San Francisco, and many more.

Terwilliger also directed One Six Right, which received broad acclaim in the aviation community for its true-to-life depiction of general aviation.

“You’ll feel what he feels,” Runnette said. “He loves airplanes.” She said the documentary underscores what airplanes mean to us, “and we don’t even see how much they have changed our lives.”

“I can’t believe I’m done with this film,” Terwilliger joked at the premiere. As an eighth-grade student, Terwilliger watched the film To Fly in the Air and Space large screen theater. “This museum has a special place in my heart,” he said. It is an “amazing, incredible feeling” to know that Living in the Age of Airplanes will be shown at the same venue three times a day for the next year, he said.

“There’s a story to tell, a message to share, kids you want to inspire,” Terwilliger said. He thanked National Geographic Studios for making it possible to share the film’s message. Of Ford’s participation in the project, Terwilliger said, “He loved the story, he identified with it, and he took it to a place I was not expecting.”

In press materials for the film, Terwilliger said he hopes it restores a sense of wonder for aviation during an era in which many people take air travel for granted. “Flying has become more accessible to more people than any time in history,” he said. “It’s become such a commonplace experience that it doesn’t seem to kindle people’s interest anymore…My hope with this film is that it inspires audiences to see aviation with a new sense of appreciation and awe.” 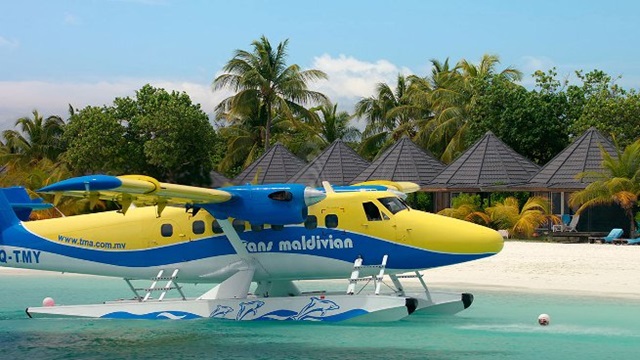